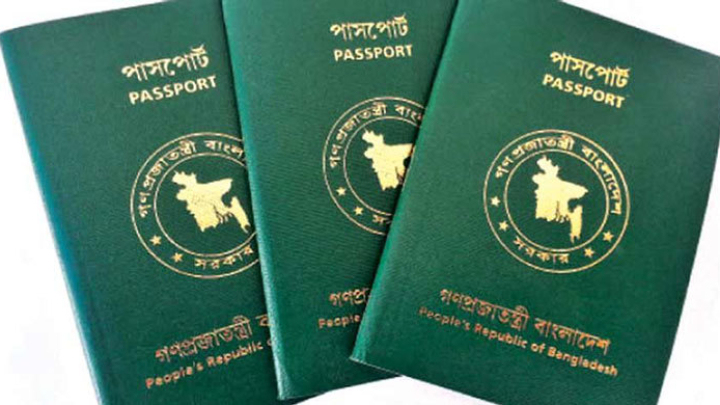 The Bangladesh passport once again ranked the ninth weakest in the world in the third-quarter edition of the Henley Passport Index 2022.

Its holders can travel to only 41 out of 227 travel destinations around the world without a prior visa, according to the index.

Bangladesh stood at the 104th position – tied with Kosovo and Libya – among 112 spots in the index released by Henley and Partners on Tuesday.

The index also mentions that among the 41 destinations that a Bangladeshi can travel to, 16 are in Africa, 11 in the Caribbean, seven in Oceania (excluding Australia and New Zealand), six in Asia and one in South America.

With a Bangladeshi passport, it is not possible to visit any European country without a prior visa.

Meanwhile, a Japanese passport holder has the facility to get on-arrival visas in a record 193 destinations.

Singapore and South Korea share second place, with access to 192 destinations, while Germany and Spain jointly came in third, with a visa-free or visa-on-arrival access to 190 destinations.

Finland, Italy and Luxembourg shared fourth place with access to 189 destinations across the world without a prior visa.

The passport of the Maldives is the most powerful in South Asia (63rd globally), with the facility of on-arrival visa in 89 countries, followed by India (87th), Bhutan (93rd) and Sri Lanka (103rd).

Bangladesh is in the fifth position in South Asia, above Nepal (106th) and Pakistan (109th).

Afghanistan is at the bottom of the ranking in South Asia as well as in the world. The people of Afghanistan can visit only 27 destinations worldwide without acquiring a visa in advance.

The recent edition of the index ranked passports of 199 countries in 112 spots, based on the number of destinations their holders can travel to without a prior visa.