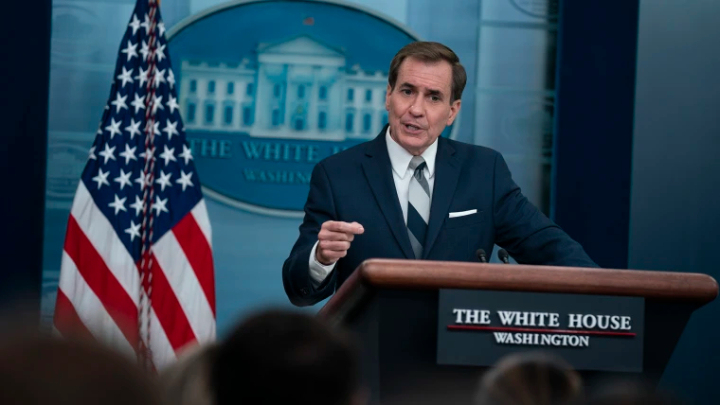 The United States accused Russia on Tuesday of moving ahead with plans to annex additional Ukrainian territory.

"Russia is beginning to roll out a version of what you could call an annexation playbook, very similar to the one we saw in 2014," when it invaded and eventually annexed Crimea, Kirby said.

"Already, Russia is installing illegitimate proxy officials in the areas of Ukraine that are under its control," Kirby said.

He said Russia had plans to organize "sham referenda" in the areas it has seized, possibly as early as September.

"Annexation by force will be a gross violation of the UN Charter and we will not allow it to go unchallenged or unpunished," Kirby said.

The NSC spokesman said he was "exposing" the Russian plans "so the world knows that any purported annexation is premeditated, illegal and illegitimate."

"We're going to respond swiftly and severely and in lockstep with our allies and partners," he said. "We are sanctioning the Russian-installed puppets and proxies."

Kirby said the areas targeted for annexation include Kherson, Zaporizhzhia, all of Donetsk and Luhansk.
BSS