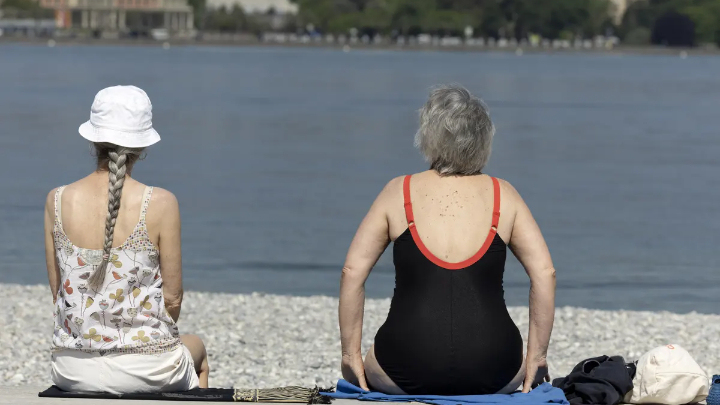 Experts have suggested that women may be more vulnerable to extreme high temperatures – such as the heat waves searing Europe – than males.

According to the heatwave plan for England, those at high risk include those over 75, babies, young children, people with severe physical or mental illness and females.

The document does not explain why females are on the list, The Guardian reports, but the UK Health Security Agency pointed to a study in the Netherlands that researched mortality after heat waves and found that elderly women are at higher risk than men.

The researchers noted that the results were not simply down to age.

“When equal ages were considered, mortality rates were still 15% higher for females,” the research team said of their analysis of data from the 2003 heat wave in France.

Another study by German and Dutch researchers, looking at 23 years of temperature data from the Netherlands along with daily mortality rates, also found differences between the sexes.

“Heat-related mortality was higher in females than in males, especially in the oldest age group (≥ 80 years) under extreme heat,” The Guardian quoted them as saying.

The team added that its findings did not seem to be down to the elderly being more vulnerable to heat and women generally living longer than men.

An author of the study, Hein Daanen, who is a professor of exercise physiology at VU University in Amsterdam told The Guardian that the team speculated that the reduced sweat production in females may play a role.

“Roughly, elderly [people] sweat half the amount compared to youngsters and females half that of males,” he said. In other words, the study notes, “the ability of older females to lose heat from the body is the lowest”.

The stress placed on the cardiovascular system by heat may also be a factor, the researchers said. “Cardiovascular strain is reportedly higher in females, potentially explaining their higher mortality risk in the heat,” they added.

The team noted, among other possibilities, that elderly women may be at increased risk because they may be more likely to live alone – a known risk factor in hot weather – and they may be less active overall than their male counterparts but more likely to be active in the household.

“Continuing these activities during heat waves while being less physically fit puts females more at risk for overheating and cardiovascular strain than males,” the team wrote.

Ollie Jay, a professor of heat and health at the University of Sydney, said studies have shown the maximum sweat rate in young healthy women tends to be lower than in men.

“Whether or not this is why more females are present in the mortality and morbidity data in heat waves, we do not really know yet. It is also not clear if there is any interaction of this sex effect with age,” he told The Guardian.

Mike Tipton, a professor of human and applied physiology at the University of Portsmouth, said women may be more at risk from heat waves because they have higher core temperatures after ovulation, while they are often smaller than men and hence have a bigger surface area to mass ratio, meaning they heat up more quickly.

“The most likely answer is that it is a combination of factors and we need to do more research to understand what is going on.”

Sweltering temperatures hit much of Western Europe on Tuesday as a ferocious heatwave headed north.

The UK hit its highest ever temperature of 40.3 degrees Celsius, and forecasters warned that the mercury was still climbing.

Deadly wildfires in France, Portugal, Spain and Greece have forced thousands of people to evacuate their homes.

Portugal has reported more than 1,000 deaths due to the current heat wave, with its health chief warning on Tuesday that the country must gear up to cope with the effects of climate change as temperatures continue to rise.

The White House on Tuesday said record-breaking temperatures in Europe showed the need to act on climate change and promised to do its part, despite judicial and legislative setbacks.