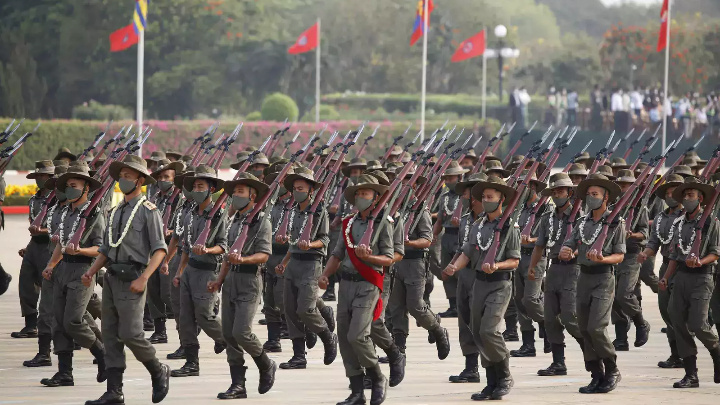 A Myanmar ethnic rebel group said on Tuesday it had captured 14 junta troops and killed an unspecified number, in the latest blow to a fragile peace in the only region to have seen no post-coup crackdown.

Days after its putsch last year, the junta reaffirmed a ceasefire with the Arakan Army (AA), which has for years fought a war for autonomy for Rakhine state's ethnic Rakhine population.

Thanks to the truce, the western state was a rare spot of respite, in a country that has seen the majority of its population push back against military rule as the junta cracks down violently against dissent.

But the ceasefire has frayed, with small, sporadic clashes reported since last November and both sides accusing the other of infringing on territory and harassing supporters.

Following two clashes in Maungdaw, near the Bangladesh border, on Monday "13 soldiers and an officer were captured" and a number of weapons seized, AA spokesman Khaing Thukha told AFP.

The spokesman said several troops were killed in the clashes, without giving a specific figure.

AFP was unable to reach a junta spokesman for comment.

Clashes between the AA and the military in 2019 displaced more than 200,000 people across the state, one of Myanmar's poorest.

After the coup, the junta ended a 19-month internet shutdown in the state of around one million.

Rakhine state, home to both the Rohingya Muslims and a largely Buddhist ethnic Rakhine majority, has been a tinderbox of conflict for decades.

The military drove out more than 740,000 Rohingya from the state in a 2017 campaign that United Nations investigators have called genocide.

Rights groups have also accused soldiers of committing war crimes including extrajudicial killings in their later campaign against the AA.