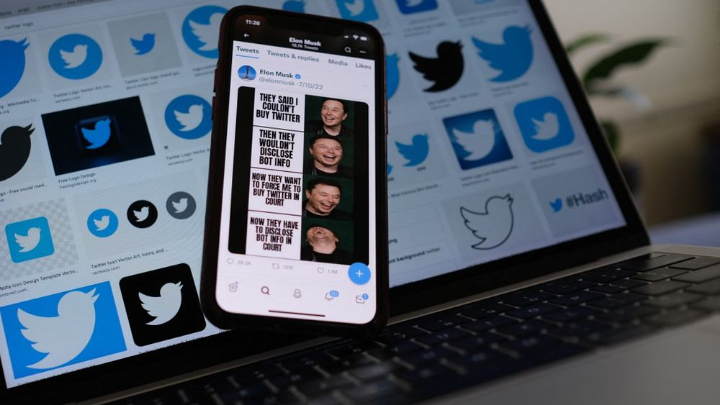 Elon Musk and Twitter will face off Tuesday in the first court hearing over the Tesla chief's move to abandon their $44 billion buyout deal, a case with massive stakes for both sides.

Twitter wants a judge to force Musk to complete the purchase, which he is trying to scrap over his allegations the social media platform misled him about its tally of fake accounts.

Billions of dollars are at stake, but so is the future of the platform that Musk has said should allow any legal speech, an absolutist position that has sparked fears the network could be used to incite violence.

The hearing in the eastern state of Delaware is set to include arguments over Twitter's push for a September trial date, which is aimed at limiting the uncertainty plaguing the firm.

"Questions have been raised about Twitter's future, and they don't want this to drag on for very long," said Carl Tobias, a University of Richmond law professor.

Musk's legal team has filed papers arguing that date is far too soon for such a complex matter, and instead proposed mid-February.

Twitter lawyers noted the deal is supposed to close toward the end of October, just six months after Musk launched an unsolicited bid that the company's board first resisted but then supported.

The world's richest person has backed away from the deal in recent months as tech stocks have tumbled, and Twitter's value has fallen well below the $54.20 per share he offered.

Rather than Silicon Valley, where Twitter is based, the company has lodged its lawsuit against Musk in Delaware.

The firm is incorporated in the tiny state like scores of other companies, and the case will happen in the Delaware Chancery Court that has deep experience in business disputes.

"The Chancery Court, which handles most of these matters, is very expert in corporate law, and more particularly, mergers and acquisitions. So this is the place to go," Tobias added.

Kathaleen McCormick, the judge overseeing the case, comes with a no-nonsense reputation.

She also reportedly has the distinction of previously ordering a reluctant buyer into completing a corporate merger.

A forced closing of the Twitter deal is a scenario that some analysts consider possible.

"(Wall) Street and legal experts across the board view Twitter as having a 'strong iron fist upper hand,' heading into the Delaware court battle after months of this fiasco and nightmare," analyst Dan Ives wrote last week.

He also noted less likely options include Musk paying a $1 billion breakup fee and being able to walk away, or winning outright on his fake-account argument.

After pausing the deal in May, Musk's lawyers announced in July he was "terminating" the agreement because of skepticism over Twitter's false or spam accounts tally and allegations the firm was not forthcoming with details.

Tuesday's hearing will be just the first step in what could be a lengthy legal fight that could end in a trial, but also a settlement.

"Musk has shown his willingness to take things all the way to the end in Delaware court," said Adam Badawi, a University of California at Berkeley law professor.

"I think settling is not necessarily his instinct."
BSS