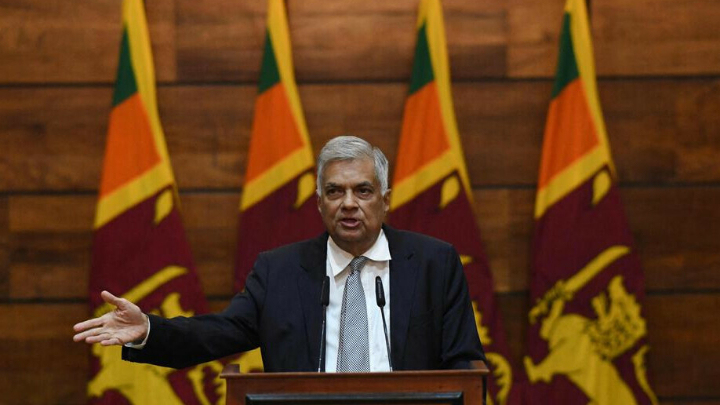 The winner will take charge of a bankrupt country that is in talks with the IMF for a bailout as its 22 million people endure severe shortages of food, fuel and medicines.

The parliament announced that acting President Ranil Wickremesinghe will face former education minister Dullas Alahapperuma -- who has the backing of the main opposition -- and leftist leader Anura Dissanayake in a secret ballot on Wednesday.

The three were formally nominated by legislators in a session that lasted under 10 minutes at the tightly guarded parliament building.

Moments earlier, opposition leader Sajith Premadasa announced on Twitter that he was withdrawing from the race in favour of the 63-year-old Alahapperuma, a dissident member of Rajapaksa's SLPP party.

"For the greater good of my country that I love and the people I cherish, I hereby withdraw my candidacy for the position of President," Premadasa said.

Political sources said the two had struck a deal overnight for one to be president and the other prime minister and to work to form a unity government to navigate the country's worsening economic crisis.

But Wickremesinghe, 73, a veteran political operator and six times prime minister, has the formal backing of the leadership of the SLPP, which remains the largest party in the 225-member parliament.

The third candidate is Anura Dissanayake, 53, leader of the leftist JVP, or People's Liberation Front, which has three parliamentary seats.

A possible fourth candidate, former army chief Sarath Fonseka, failed to get support from legislators to enter the presidential race.

The new leader will be in office for the balance of Rajapaksa's term, which runs until November 2024.
BSS