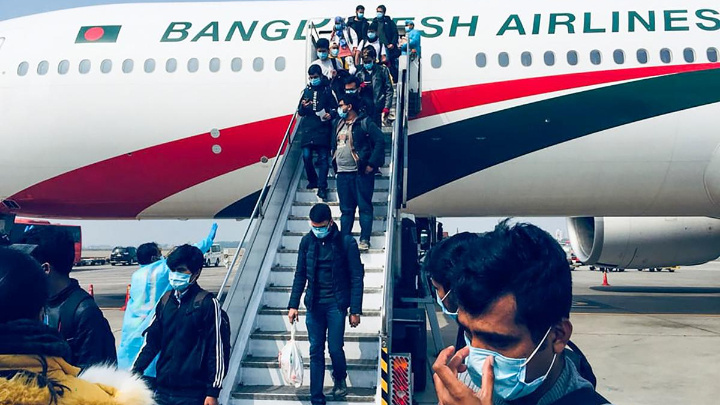 A Biman Bangladesh Airlines plane landed safely in Dhaka after being stranded at Kolkata airport due to a technical fault in the landing gear sensor.

The flight was delayed for three during take-off, Managing Director and CEO of the national flag carrier Zahid Hossain told Dhaka Tribune on Tuesday.

He said: “Normally if flights are delayed anywhere by one or two hours, we disembark the passengers. But it was not possible this time, as the Kolkata Airport authority did not give us permission.”

However, immediately after the incident, the Biman authorities contacted Jet Airways engineers and made several attempts to fix the glitch, he added.

During that time the aircraft's power was off, and hence it was dark inside the plae

Later at around 1:42am, the flight landed safely at Dhaka Airport with around 150 passengers on board.
Dhaka Tribune