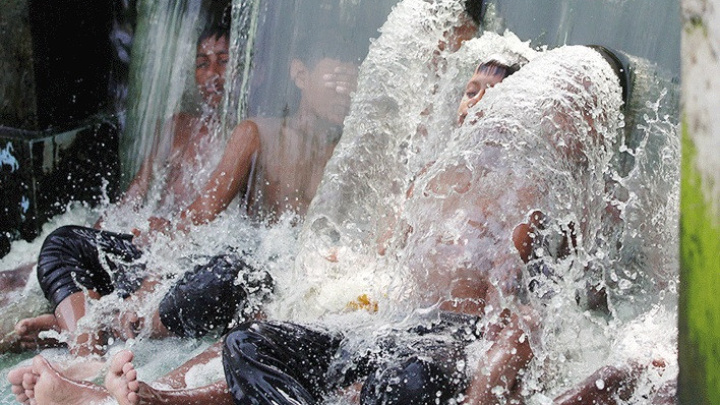 The mild heat wave which is sweeping Rajshahi, Rangpur and Nilphamari districts may abate following showers in parts of the country in the next 24 hours, the Met office said Monday morning.

“Light to moderate rain or thundershowers accompanied by temporary gusty wind is likely to occur at many places over Chittagong and Sylhet divisions; at a few places over Rangpur, Khulna, Barishal and Mymensingh divisions and at one or two places over Rajshahi & Dhaka divisions with moderately heavy falls at isolated places over the country,” it said.

The Met office recorded the highest 48mm rainfall in Sylhet in 24 hours till 6am on Monday.

The low-pressure area over Northwest Bay and adjoining Odisha-West Bengal coast moved northwestwards and merged with the monsoon axis.
The axis of the monsoon trough runs through Rajasthan, Madhya Pradesh, Odisha, Gangetic West Bengal to Assam across the central part of Bangladesh.

Monsoon is less active over Bangladesh and moderate elsewhere over the North Bay, it added.

Meanwhile, another flood may hit the low-lying areas of the northern districts in the last week of July. And the flood situation may worsen in the first week of August, according to Bangladesh Weather Observatory Team (BWOT), an independent weather research group.
Dhaka Tribune