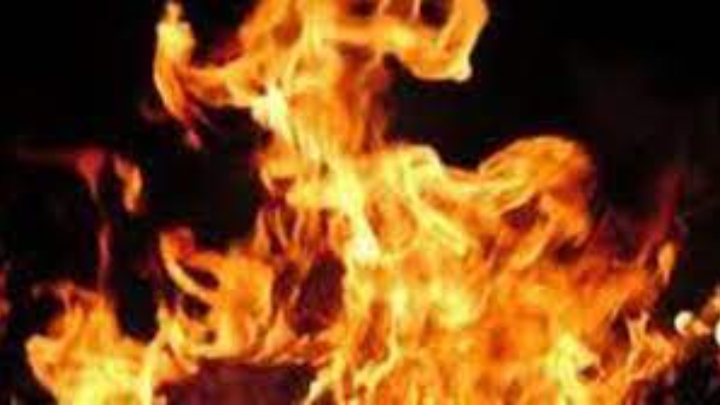 A fire incident occurred due to a leakage of Titas gas pipeline in Kaliakair upazila of Gazipur on Sunday morning.

However, it was doused by the workers of a factory in half an hour and no one was injured in the incident that happened at 8am in the Palli Vidyut area of the upazila.

For the past few months, gas has been leaking from the gas pipeline in front of Appage Garment Factory.

Rahmate Khoda, deputy general manager of Appage Garment Factory, said that accidents are happening daily due to the gas pipe leakage. “We have already informed the Titas authorities but no actions were taken.”

A few days ago, another fire broke out in front of Divine factory in that area due to gas pipeline leakage, which burned down the factory's freight car.

Locals tried to put out the fire but failed and informed the Fire Service. On receiving the news, two units of Fire Service went to the spot and doused the blaze in an hour.

Goods worth several lakhs of Taka were damaged in the fire.

Local residents said that thousands of workers from various industries are commuting to their workplace using the road that has leakages in numerous gas pipes.

Due to this, industrial factories in the area are at risk and workers and pedestrians are spending their days in fear.