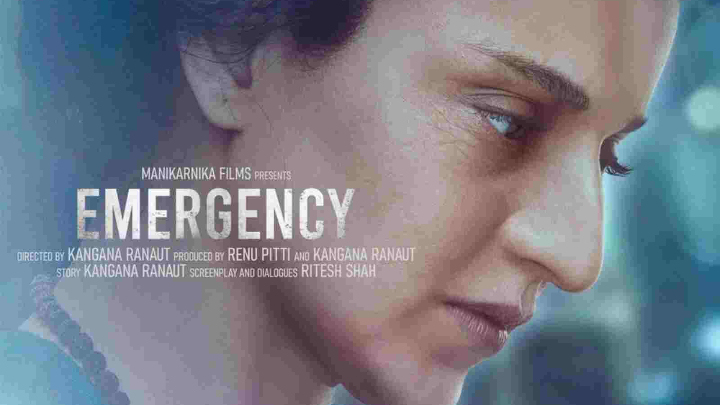 After 'Manikarnika: The Queen of Jhansi', actor Kangana Ranaut has once again donned the director's hat for the film 'Emergency' which features her as former Indian prime minister Indira Gandhi.

Talking about donning the directorial hat for the second time, Kangana said, “My last directorial was Manikarnika: The Queen of Jhansi and I got an encouraging response from the audience as it was a blockbuster. I was tempted to direct another film but I had many acting assignments to complete.”

“I do believe that I know the pulse of the audience from my interviews; my quotes and the terms that I have coined are now part of pop culture (she laughs). I do believe that the audience is looking for something which will stimulate their intellectual side and not just their sensual side,” she added.

She, “They want to involve themselves much more with the narrative and the narrative should also be focused on them. The Emergency is an undeniable part of recent history and I feel that this will click with the audience. Since the teaser has dropped it's been trending at number 1, it has taken the nation by storm and it is a validation of the fact that this is what people are starved for.”

“It's not that people don't want content, they want to see young filmmakers, new thought process, and refreshing ideas and not the stale typical formula films. I do believe that my instinct as a filmmaker will pay off big time. See you in the cinemas next year,” she said.

A few days ago, she unveiled the first look teaser of the film. On receiving praises for the look, she took to highlight how she has the best team working on 'Emergency'.

“As Emergency first look continues to trend on top everywhere, messages are still pouring in, it's been overwhelming...I just want to say, all my confidence in my vision and ambition comes from many extraordinarily brilliant people who are supporting and guiding me through this journey of Emergency...I truly have the best people around me, this is by far the greatest time of my life and it's because of my team that I am taking the leap of faith...Thanks to every member of team Emergency,” she shared.

Apart from 'Emergency', Kangana will also be seen in 'Tejas' in which she portrays the role of an Indian Air-force Officer. She will also be making her debut as a producer with her next production venture 'Tiku weds Sheru' starring Nawazuddin Siddiqui and Avneet Kaur in the lead roles. The film is slated to stream exclusively on Amazon prime video.
Prothom Alo