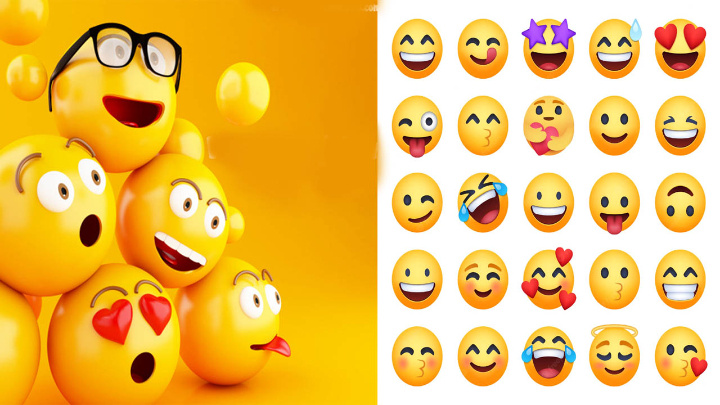 The use of emoticons in this digital era has become a crucial part of our lives as individuals choose to communicate their thoughts through charming digital characters known as emoticons or emojis. When words fail us, emojis not only let us convey our feelings to our loved ones but also make them happy.

Pictograms, logograms, ideograms, and smileys are other names for emojis. This graphic method of text communication dates back to 1982 when computer scientist Scott Fahlmamn proposed that symbols like:-) and:-(could replace language.

Given the growing popularity of emojis, iOS, Android, and WhatsApp have started releasing new characters and making changes to their current emojis. Sometimes a simple emoji is all we need to get out of a sticky situation or terminate an unneeded debate. In fact, we all utilise emojis at some time in our lives, so why not celebrate the day for these endearing digital icons?

Every year on July 17, World Emoji Day is commemorated. The credit belongs to Jeremy Burge, the inventor of Emojipedia, an emoji reference website that lists the meaning and use of all emojis.

Shigetaka Kurita, a Japanese programmer, invented emojis in 1999 so that pagers in his nation could transmit and receive heart-shaped emoticons. Since then, the Unicode Consortium has developed universal standards for characters, including emoji, across all software systems, with frequency being one of the determining criteria in whether emoticon makes the cut.

Listed below are the most used emojis:

A yellow face with an open mouth crying and streams of heavy tears can mislead an unprepared user for a split second, but worry not: while can be used to indicate grief, this emoji has largely been used to share positivity.

Face with tears of joy 😂

The emoji "face with tears of joy" represents someone who is so happy that tears are rolling down their cheeks. When someone says or does something amusing or humiliating, it can be used as an emotional-tone marker to convey joy and merriment.

It is one of the most popular emojis. It is used to express feelings of love and enthusiasm. The keyboard includes two red heart emojis: a regular red heart and a heart suit.

It's a yellow face, squished and tilted on its side, as if rolling on the floor laughing. When contrasted to Face with Tears of Joy, this emoji usually portrays bursts of unrestrained laughing It can also be used as a common response for “when somebody says something dumb”.

The "big puppy-dog eyes" emoji has multiple applications. Some people use it to show others that they are unhappy or worried, while others use it to show that they care. The begging face emoji is a fantastic option for social media, whether you want to convey sympathy, love and admiration for someone else.