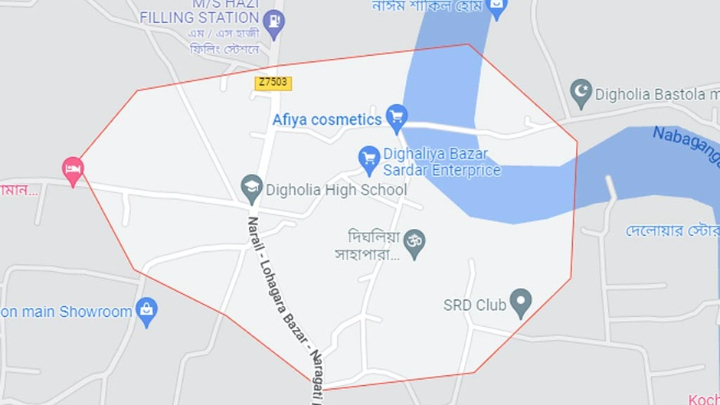 College student Akash Saha, 20, was detained from Khulna by the Lohagara police station on Saturday night.

He added that further details will be disclosed later.

Earlier on Saturday, SP Probir Kumar warned that those who attacked and vandalized houses of minorities in the district’s Lohagara upazila will be arrested soon.

“The father of the young man who posted the status on Facebook has been taken into police custody. But no case has been filed so far,” he added.

The SP further assured that the whole situation is currently under control.

On Friday, a mob vandalized a temple, grocery stores and several homes of the Hindu community in the Dighalia Bazar area of Lohagara upazila of Narail.

Angry villagers became violent in the afternoon, alleging that a Hindu boy named Akash Saha had made a post on Facebook hurting their religious sentiments.

After learning of the Facebook post, the mob attacked and vandalized several homes, including that of the boy’s family.

They also broke into Sahapara temple and broke the furniture inside and vandalized several shops.

Additional forces were deployed in the area to prevent further violence.