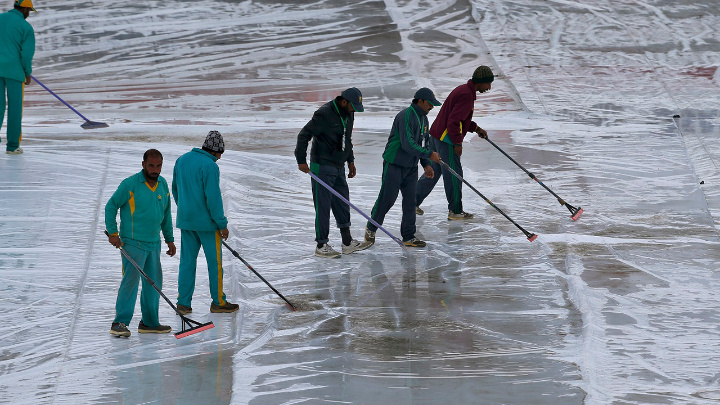 Rain and a wet outfield delayed the start of the second day of the opening Test between Sri Lanka and Pakistan in Galle on Sunday.

Pakistan ended day one on 24 for two after their fast bowler Shaheen Shah Afridi had claimed four wickets as Sri Lanka were bowled out for 222.

The delay was expected to be short with ground staff taking the covers off after sunshine emerged in the port city.

Azhar Ali, on three, and skipper Babar Azam, on one, were batting at close of play after Sri Lanka fast bowler Kasun Rajitha and left-arm spinner Prabath Jayasuriya removed the openers.

Sri Lanka skipper Dimuth Karunaratne won the toss and chose to bat at the start of the two-match series.

Dinesh Chandimal made 76 and number 10 Maheesh Theekshana hit 38 to add 89 runs for the final two wickets before the Sri Lanka innings folded in the final session on Saturday.