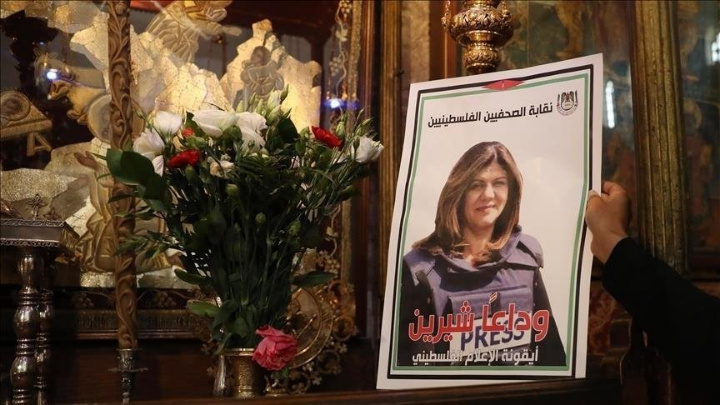 Secretary of State Antony Blinken "has invited the family to the United States to be able to sit down and engage with him directly", Biden's National Security Advisor Jake Sullivan told reporters aboard Air Force One, which later touched down in Israel shortly past 1200 GMT.

Abu Akleh, a Palestinian-American, was killed while covering an Israeli army raid in the occupied West Bank in May.

The United Nations has concluded that a Palestinian-American journalist was killed by Israeli fire.

Washington has agreed this was likely, but also said there was no evidence the killing was intentional.

Abu Akleh's family has voiced outrage over the Biden administration's "abject response" to her death.

Lina Abu Akleh, Shireen's niece, confirmed she had spoken to Blinken on Wednesday.

"We got a call a few hours ago, around noon-time and we reiterated our demands and our request to meet the president on his arrival" in Jerusalem, she told AFP.

She said the family voiced its "disappointment" with Washington's July 4 statement on Abu Akleh's killing that appeared to clear Israeli forces of intentional wrongdoing.

Blinken gave no indication as to whether the family would meet a top US official while Biden's delegation was in Jerusalem, Lina Abu Akleh said.
Hindustan Times