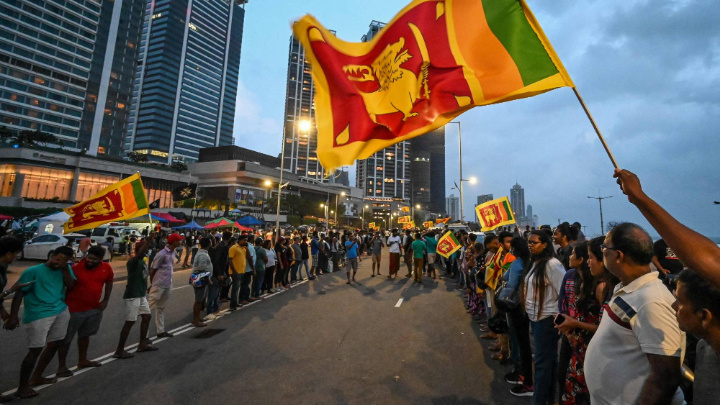 Sri Lankan President Gotabaya Rajapaksa fled the country on Wednesday after months of inflation-fueled protests, temporarily leaving a power vacuum in his wake as demonstrators continued to seize government buildings in a push for new leadership.

Protesters demanding the resignation of the president and Prime Minister Ranil Wickremesinghe stormed the premier’s office after Rajapaksa fled to the Maldives, a nearby is mililand nation. Wickremesinghe then imposed a state of emergency as soldiers fanned out around the capital, prompting opposition lawmakers to question the legality of the decision.

Later in the day, Speaker of the Parliament Mahinda Yapa Abeywardena confirmed that Wickremesinghe was acting president -- a move that inflamed protesters who also want him gone. They later seized the national broadcaster, taking it off the air.

In an address afterward on a private television station, Wickremesinghe said he formed a committee including the police and military chiefs to de-escalate the situation, while reiterating that parliament will choose a new president on July 20. Meanwhile, reports indicate that Rajapaksa is leaving the Maldives for another country, and his whereabouts remain unknown.
Hindustan Times