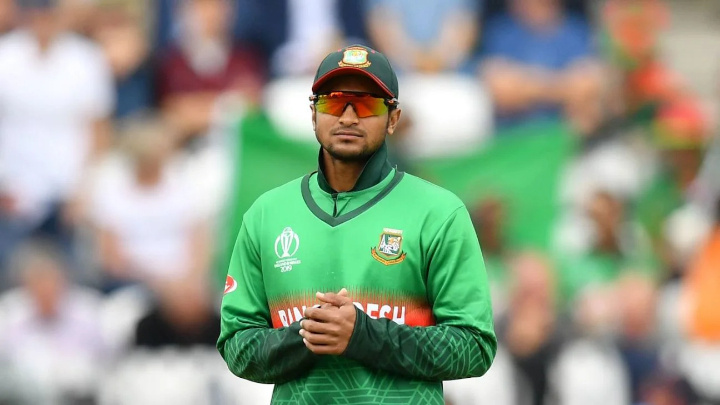 Bangladesh ace allrounder Shakib Al Hasan gets a golden chance to have a strong preparation for the Twenty20I World Cup in Australia as he was roped in to play the Caribbean Premier League (CPL) just before the showpiece tournament, reports BSS.

Guyana Amazon Warriors is the team who recruited Shakib through a direct signing. The ace allrounder however applied for a NOC and he duly obtained it from the Bangladesh Cricket Board (BCB).

The CPL will run from 31 August to 1 October and coincides with Asia Cup, which will be held in T20I format from 27 August to 11 September.

There is a good chance that Bangladesh may host the tournament due to the political turmoil in Sri Lanka.

However, Shakib was given NOC after the Asia Cup, which means he is set to miss a few matches of CPL.

"Shakib was given the NOC to play the CPL. There are no Bangladesh matches at that time and he will use this to play the tournament," BCB Cricket Operations Chairman Jalal Younus said.

Shakib earlier played for Jamaica Talawahs and Barbados Tridents and won the CPL title with both of teams. He won the title twice with Jamaica in 2016 and 2017 and grabbed the trophy with Barbados in 2019.

The last time he played for Jamaica, he didn't show any interest to retain him this year.

The news went viral that Shakib skipped the Zimbabwe tour due to playing the CPL but the BCB confirmed the news as fake, saying Shakib will play the Asia Cup before he takes part in the West Indies' domestic T20 tournament.
Prothom Alo