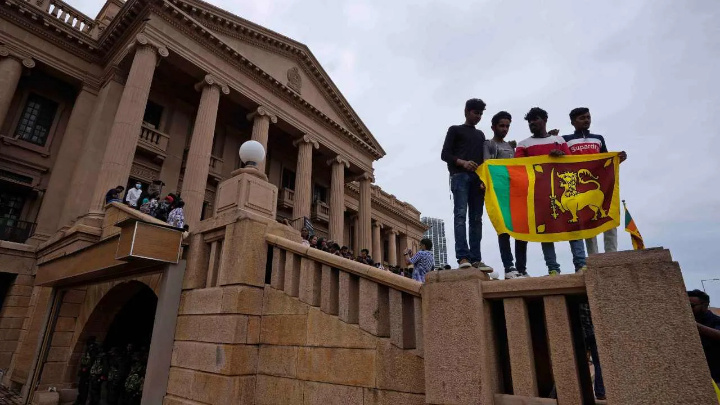 Sri Lankan President Gotabaya Rajapaksa fled the country ahead of his expected resignation and arrived in Maldives early Wednesday morning where he was received by speaker Mohamed Nasheed, according to people familiar with the development. He was accompanied by his wife and two bodyguards.

The development comes days after he yielded to the monthslong demand from protesters to quit the presidential office as they blamed him for Sri Lanka’s worst economic crisis in decades.

On Tuesday, reports of Rajapaksa being denied permission to leave the country was refuted by the Sri Lanka Immigration and Emigration Officers' Association (SLIEOA). The association said immigration officials have no legal power to prevent the President, who still holds the top office, from leaving the country. Unconfirmed reports say that before leaving, Gotabaya handed a resignation letter to speaker.

Sri Lankan Air Force media director said that the aircraft was provided to them after full approval by ministry of defense for immigration, customs and other laws to fly to Maldives.

The public acceptance of former prime minister Ranil Wickremesinghe as interim president till July 19 will be in doubt after Rajpaksa fled the country. Ranil, who is being supported by a truncated group of Sri Lanka Podujana Peramuna still loyal to Basil Rajapaksa, has an image of someone who is close to Mahinda Rajapaksa.

The promised resignations have not brought end to the crises, with apprehensions of clashes between the security forces and protestors today. Security has been beefed up outside Sri Lankan TV network Rupavahini to protect it from being stormed and deny the protestors’ demand to make a live broadcast.
Hindustan Times