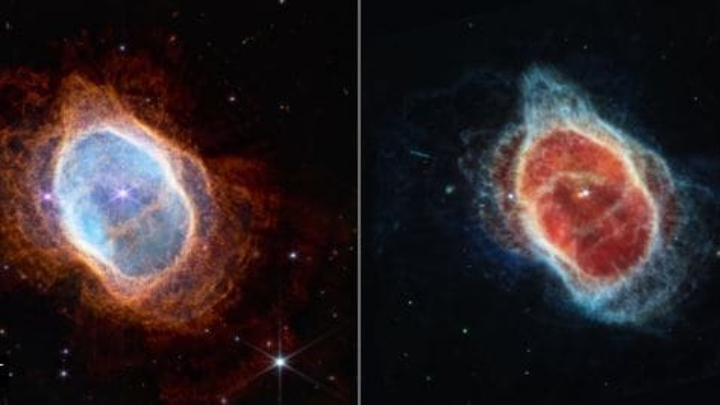 As the new Nasa images captured by the James Webb Space Telescope have stunned the world, astrophysicist Jane Rigby, Webb's operations project scientist, shared her first reaction after seeing the first focussed images from the telescope. "Earlier than this, the first focussed images that we took where they were razor-sharp...that for me had the very emotional reaction like oh my goodness, it works. And it works better than we thought...personally, I went and had an ugly cry. What the engineers have done to build this thing is amazing," the scientist said.

The first image shared by Nasa is of the SMACS 0723, a distant galaxy cluster.

The second image is of WASP-96b, a giant gas planet, located nearly 1,150 light years from Earth. This planet is about the size of Saturn and not a candidate for life elsewhere but a key target for astronomers. Instead of an image, the telescope used its infrared detectors to look at the chemical composition of the planet’s atmosphere. It showed water vapour in the super-hot planet’s atmosphere and even found the chemical spectrum of neon, showing clouds where astronomers thought there were none.

The third image is of the Southern Ring Nebula, also called eight-burst. The image shows the dance of a dying star, about 2,500 light-years away.

The fourth image is of Stephan’s Quintet, five galaxies in a cosmic dance that was first seen 225 years ago in the constellation Pegasus. It includes a black hole that scientists said showed material “swallowed by this sort of cosmic monster.”

The fifth image is of the Carina Nebula, one of the bright stellar nurseries in the sky, about 7,600 light-years away from Earth. The image shows "cosmic cliffs" that reveal previously hidden baby stars, which provides "a rare peek into stars in their earliest, rapid stages of formation,"
Hindustan Times