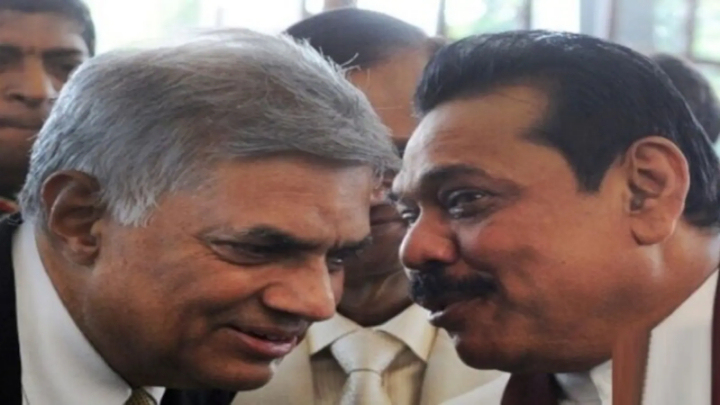 According to diplomatic sources in Colombo, Basil, who holds dual citizenship of the US and Sri Lanka, was en route to Dubai but was not cleared by the immigration under pressure from the protestors who surrounded the airport. The protestors have currently put-up check posts to ensure that none of the political leaders especially the Rajapaksa clan are allowed to flee the country. Basil’s elder brothers Mahinda and Gotabaya are both under security protection in Colombo with the latter to resign from the post of President tomorrow.

At an all-party meeting on July 11, Sri Lanka Parliament Speaker Mahinda Yapa Abeywardena told the assembled leaders that a new president will be elected through a vote in Parliament on July 20 in accordance with the Constitution.

While Gotabaya will resign from the office of the President, his former prime minister Ranil Wickremesinghe issued a statement yesterday which indicated that the political survivor had not given up his aspirations to become the next President of Sri Lanka. Colombo watchers say that Ranil has the backing of Mahinda Rajapaksa, who is very much engaged in the power politics of the Island nation even after throwing the country into an economic abyss.

In his statement, Ranil urged the need to preserve the sanctity of the Constitution and said that nobody should be allowed to force decisions on Parliament. He assured the public that he will work towards the formation of an all-party government. This statement clearly indicates that the former PM with his party having a single seat still harbors ambitions to become the President of Sri Lanka.

However, the public mood in Sri Lanka is quite the opposite and any move to foist Ranil on them would further deepen the political and economic crisis as he is seen as part of the extended Rajapaksa empire. The public has already made its anger explicit towards Ranil by setting his private residence in Colombo on fire. Hence any move to install Ranil will backfire and cause further chaos in the food- and fuel-starved nation.

With the Rajapaksa clan still clinging to power, the task of restoring peace and economic recovery in Sri Lanka becomes very difficult and is a matter of concern in New Delhi. While India is sending four shipments of fuel to Sri Lanka this month, it does not want the political power to be forced by the Leftist Street mobs and has advocated a democratic transition of power in the Island nation. Japan, one of the major lenders, has already made it clear that it will not give any aid or support till the time the political flux is on in Colombo. China, the other big lender, is only offering loans and playing behind the scenes with Communist parties primarily JVP in the Island nation. With no leader coming forward to lead the nation in severe economic and political crises, the window for a peaceful transition of power is closing fast.
Hindustan Times