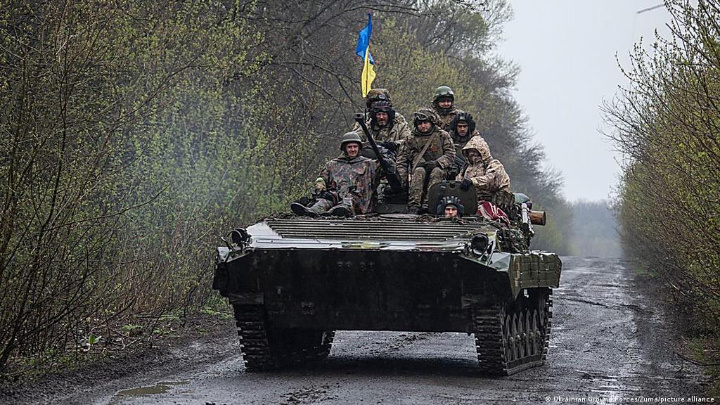 Russia yesterday claimed that some of the weapons the West is sending to Ukraine are spreading across the Middle East and ending up on the black market.

Speaking in televised remarks, Defence Minister Sergei Shoigu said that Ukraine had received more than 28,000 tonnes of military cargo so far, and some of the Western weapons were appearing in the Middle East.

He did not provide any details to back up his claim.

"In the hope of prolonging the conflict in Ukraine, the collective West is continuing large-scale arms supplies to the Kyiv regime," Shoigu said.

"According to information at our disposal, some of the foreign weapons supplied by the West to Ukraine are spreading across the Middle Eastern region and are also ending up on the black market."

President Vladimir Putin on Monday ordered Russian troops to press their offensive deeper into the Donbas region of eastern Ukraine after Moscow's forces seized the strategic city of Lysychansk.

Shoigu told Putin on Monday that Moscow's forces were now in full control of the Lugansk region.

On Tuesday, Shoigu said that Russia would continue what the Kremlin has termed a "special military operation" until the end.