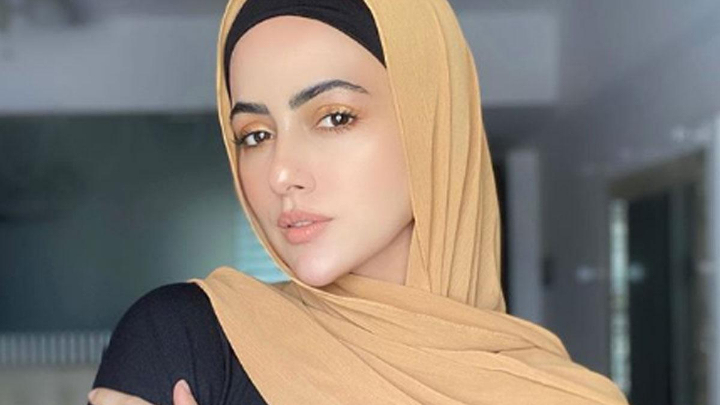 Two years ago, Sana Khan was a famous actress in Bollywood. At the peak of her career, she suddenly he gave up the world of entertainment. She married a mufti, and said goodbye to Bollywood to choose the path of Islam.

The 'Wajah Tum Ho''actress now lives in a complete Islamic lifestyle. In November last year, Sana had expressed her wish to perform Hajj with her husband Mufti Syed Anas, on the wedding anniversary. This time, her dream has been fulfilled.

The couple are currently living in the holy city of Meccah. "I'm incredibly happy. In a few days' time, we'll be both 'Alhaj' '' she said.

Sharing a video on Instagram, Sana Khan wrote in the caption, "I have no words to express the emotions of the moment. May Allah accept the Hajj of all of us, and make it easy for us to perform it. Amin. Even though I had performed Umrah earlier, this will be my first Hajj, and my husband's second."

Followers are impressed with the pictures and videos of Sana Khan's Haj pilgrimage. Everyone showered love and good wishes for the couple.

It is to be noted that Sana Khan made her Bollywood debut in 2005 with "Yeh Hai High Society". After that, she played the female lead in 14 films. However, the Indian actress has been seen in more than 50 films, including minor characters and songs.