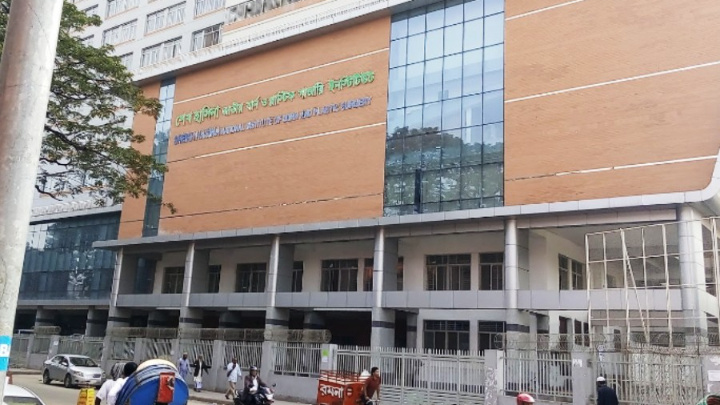 A woman and her son suffered burn injuries in a fire caused by gas leak in a house in Dhaka's Mohammadpur area.

The victims are Ambia Khatun (45) and her son Md Kajal (26). They were rushed to Sheikh Hasina National Institute of Burn and Plastic Surgery.

At a tin-shed house in Mohammadpur's Nabinagar Housing, the incident happened this morning (July 5, 2022) around 6am. Ambia was admitted at the burn institute. However, Kajal's hand was slightly burnt and he was released with first aid.

"Ambia lives in the house with her husband and two sons," said her son-in-law, Nur Alam.

He also said that they use cylinder gas for cooking. Ambia went to the kitchen to start cooking this morning while everyone was still asleep. She lit a match, and the accumulated gas instantly caught fire. Hearing her screams, when Kajal went to put out the fire, he also suffered burn injuries to his hand.

Doctors on duty at the institute's emergency department said that 50 percent of Ambia's body has been burned. She has been admitted to the ICU of the hospital.