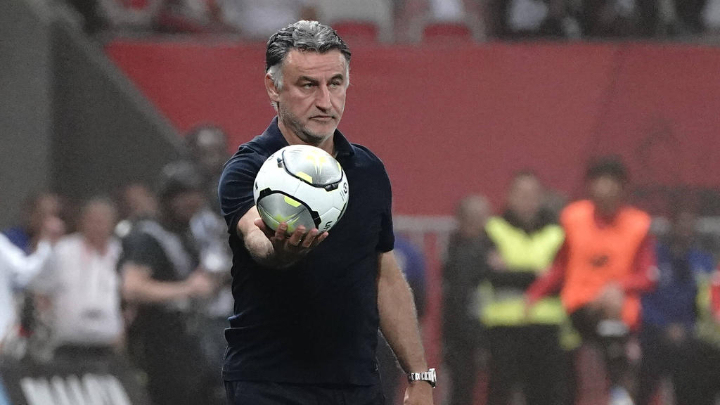 Christophe Galtier has been appointed coach of French champions Paris Saint-Germain on a two-year deal, club sources confirmed on Monday.

The 55-year-old Galtier was pictured arriving at the Parisians' offices just outside the French capital on Monday with a press conference scheduled at the Parc des Princes on Tuesday at 2:00pm (1200 GMT).

PSG have been working to secure the appointment of a new coach for several weeks, but no move has been finalised while Pochettino and his backroom staff remain under contract.

PSG's squad, minus those who were on international duty in June, reported for pre-season training on Monday.

Galtier, who left Nice last month, has developed a reputation as the leading coach in the French club game over the last decade.

He enjoyed eight successful years at Saint-Etienne, where he won the League Cup in 2013, before a four-year stint at Lille was crowned with the Ligue 1 title in 2021, when they pipped PSG.

Pochettino is set to leave Paris after 18 months in charge in which time he won the Ligue 1 title last season but also oversaw a disappointing exit from the Champions League in the last 16 at the hands of Real Madrid.

Having at one point been linked with a move for Zinedine Zidane, PSG's swoop for Galtier may come as a surprise to some who expected the Qatar-owned club to opt for a more glamorous name on the bench.

However, the former Portsmouth assistant manager previously worked with Luis Campos, the Portuguese super scout who was recently named as PSG's football advisor and who built the Lille team that won the league under Galtier.

PSG's hopes of Champions League success in the short term were boosted by Kylian Mbappe's decision at the end of last season to turn down Real Madrid and sign a new three-year deal at the Parc des Princes.

They have already made one signing ahead of the new campaign with the arrival of 22-year-old Portuguese midfielder Vitinha from Porto for a reported fee of 40 million euros ($42 million).

PSG will depart for a short pre-season tour of Japan to play three games between July 20 and 25, before their first competitive match of the campaign on July 31 against Nantes in the French season-opening Champions Trophy in Tel Aviv, Israel.

The Ligue 1 season will begin on the weekend of August 6 and 7.
BSS