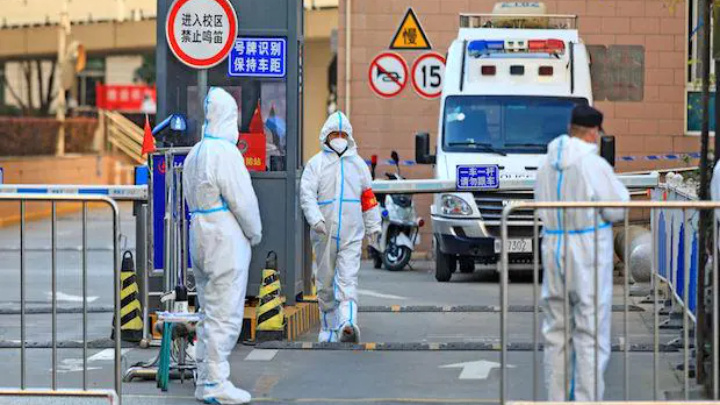 A county in China’s eastern Anhui province is carrying out daily nucleic acid tests on 763,000 locked down residents while mass tests have been ordered for other areas, as authorities scramble to contain a fresh surge in Covid-19 cases in the country.

The new outbreak, with cases reported from at least nine provinces as of Monday, comes weeks after the government brought Shanghai’s crippling early summer epidemic under control and as China eases restrictions on movement to boost domestic travel during summer holidays.

For China, it will have to be a pragmatic balance between its avowed zero-Covid strategy - marked by lockdowns, large-scale testing campaigns and strict isolation protocols - and allowing normal economic activity.

Anhui reported 270 cases, the majority of the 380 domestic cases, including 41 symptomatic ones, reported by the Chinese mainland on Monday.

“A total of 339 local asymptomatic carriers were newly identified on Sunday in nine provincial-level regions, including 258 in Anhui and 52 in Jiangsu,” the Xinhua news agency, reported on Monday.

Cases have also been reported from the provinces of Liaoning, Fujian and Shandong among others.

“From June 26 to July 3, a total of 134 confirmed Covid-19 cases and 724 asymptomatic carriers had been logged in Anhui, of which 132 confirmed cases were in Sixian county, Suzhou City,” Xinhua reported.

In the county, which has been under “closed-off management since June 26”, more than 22,600 people had been placed under quarantine and 22,320 isolation rooms had been put into operation in Sixian as of Sunday.
Hindustan Times