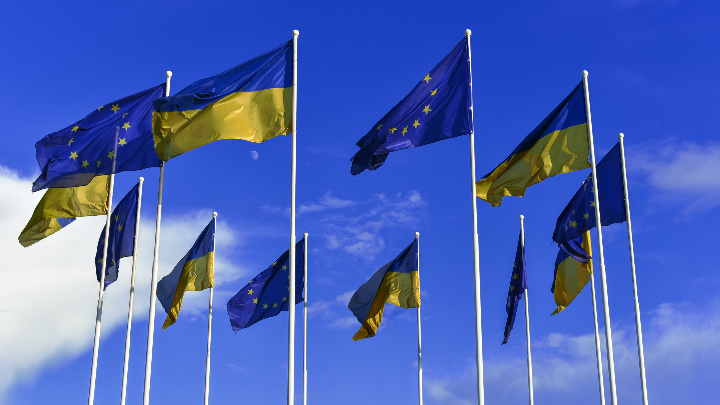 The European Investment Bank, the lending arm of the European Union, is proposing a funding structure previously used during the Covid-19 pandemic to help rebuild Ukraine with up to €100 billion ($104.3 billion) of investment, according to a document seen by Reuters.

The EU-Ukraine Gateway Trust Fund (E-U GTF) would seek to have an initial €20 billion in contributions from European Union countries and the European Union budget in the form of grants, loans and guarantees.

The guarantees in particular would have a multiplier effect, leading to infrastructure projects totalling some 100 billion euros, the document said, about half of Ukraine's more immediate needs.

The EIB's proposal is set to be unveiled on Monday, the first day of the international Ukraine Recovery Conference in Switzerland that aims to provide resources to Ukraine and aid a post-war recovery.

The EIB is proposing a fund that would work like that used in the Covid-19 pandemic to guarantee financing for small and medium sized companies. It envisaged €25 billion leading to as much as 200 billion euros being mobilized.

The E-U GTF could contribute to rebuilding bridges or renovating water or waste water services, particularly for cities whose populations have expanded due to migration from other parts of Ukraine since Russia's February 24 invasion of the country.

Projects could also focus on facilitating Ukraine's exports or on its energy and digital infrastructures. The EIB or development banks such as KFW or DFC would be able to draw on the fund or its guarantees for investments they oversee.

The fund is also designed to encourage private businesses that would likely view investment financing in Ukraine as too risky.

Using an instrument similar to one used before means it can be put into action more rapidly, so initial investments might be approved by the end of the year. It would allow others to contribute and could easily be scaled up.

The European Commission must first give its assent, with a majority of European Union countries then having to approve the plan. European Union states would subsequently decide whether to contribute to the fund.