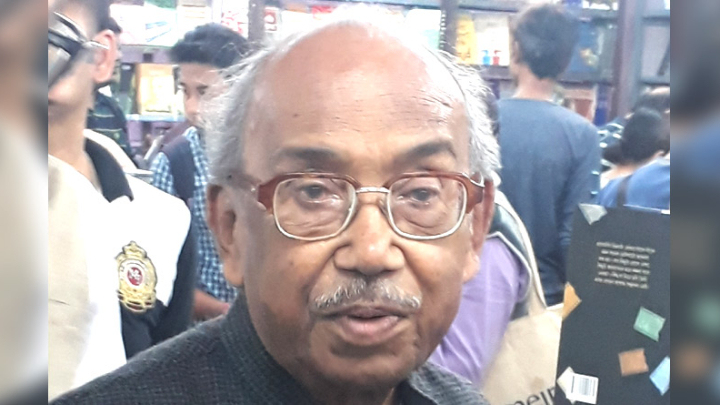 Veteran director Tarun Majumdar of Kolkata passed away earlier today.  The news of his death was confirmed by actor Bhaswar Chatterjee.

Tarun Majumdar had been undergoing treatment at Kolkata's PG Government Hospital since June 14.  Two days ago, his condition started deteriorating and he had to be put on ventilation. Despite the best efforts of the doctors, Majumdar passed away. At the time of his death, the director was 91 years of age.

Born in the Bogra district of Bangladesh on January 8, 1931, Majumdar made his directorial debut with "Chaowa Pawa". The movie was made in 1959, starring Uttam Kumar, Suchitra Sen and Tulsi Chakraborty. After that, he went on to make one famous film after the next. In total, he made around 36 movies, with his last movie being "Bhalobashar Bari" in 2012. In the same year, he also made his last documentary, "Adhikar"

Majumdar won the National Film Award four times in his career, the BFJA Award seven times, the Filmfare Award five times and the Anandalok Puraskar once. Alongside this, he also received India's highest state honour, the Padma Shri, in 1990.