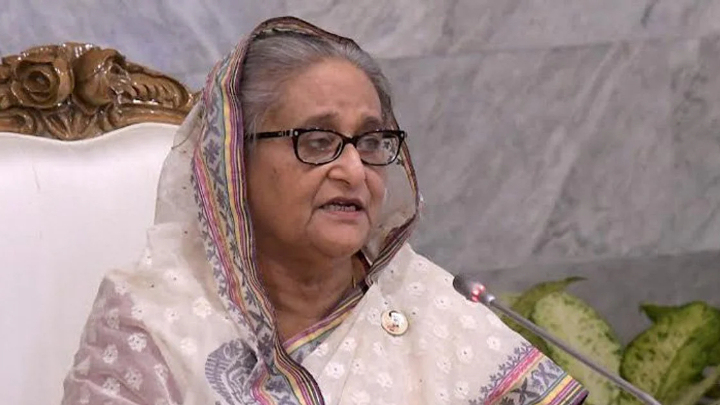 Prime Minister Sheikh Hasina on Sunday reiterated that the newly opened Padma Bridge will immensely contribute towards improving the lives and livelihood of the people of the country.

“It is a huge milestone that will change the fate of the people of Bangladesh,” she said while chairing a Cabinet meeting through a virtual platform from her official residence, Ganabhaban.

Other cabinet members were connected from the Conference Room of the Cabinet Division.

The premier once again slammed some local economists and dignitaries who stated that the bridge project will not be viable and the cost cannot be recovered. “What has happened now? The bridge will definitely change the lives and livelihood of the people," she said.

She said: "Like Bangabandhu Bridge, the Padma Bridge will be a game changer in the country's development and prosperity.”

She said there used to be a famine (Monga) in the north every year before the construction of a bridge over the Jamuna River.

“But there is no more Monga since Bangabandhu Bridge was constructed,” she said.

"Now the people of Dhaka can have fresh ilish and other fish as the Padma Bridge has established direct connectivity with the southern region. Thus the local fishers will benefit from this as well", she added.

The Cabinet congratulated her on the successful construction of the country’s largest bridge over the mighty Padma River under her able and firm leadership.

However, the prime minister attributed the landmark achievement to the people of Bangladesh.

The people of Bangladesh should be greeted as they stood beside her when she announced the construction of the bridge with the country’s own fundings, she said.