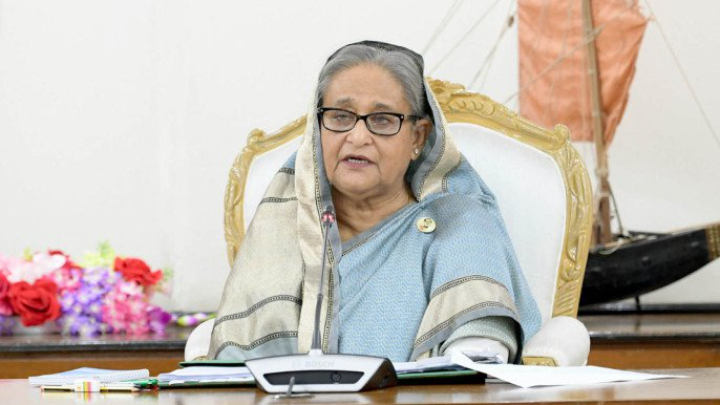 Prime Minister Sheikh Hasina today said her government would materialise the electoral pledges and thus give the people an improved and better life, urging all to work together to build a prosperous and developed country maintaining continuation of ongoing development.

"We want to implement the electoral pledges, based on which we assumed power," she said while addressing a function to mark signing of the Annual Performance Agreement (APA) for FY 2022-23 between the ministries and divisions.

The prime minister said the government has transformed Bangladesh into a developing country in 2021 while the nation celebrated twin mega events, birth centenary of Father of the Nation Bangabandhu Sheikh Mujibur Rahman and 50 years of the country's Liberation War, in accordance with the Awami League's election manifesto of 2008.

She said her government is now working tirelessly to change the fate of the countrymen after giving them an improved and better life by making Bangladesh into a developed and prosperous country free from poverty and hunger by 2041.

The government has been implementing a perspective plan for 2021-2041 to pursue the target, she added.
BSS