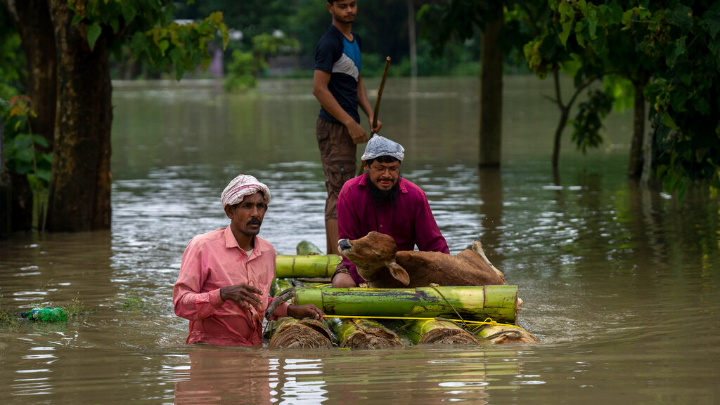 More than 3 million people have been rendered homeless and as many as 40,000 houses have been destroyed in the recent floods in Sylhet, officials said on Thursday.

All 13 upazilas of the district, including five municipalities, have been affected.

According to the local administration, over 250,000 people are living in more than 610 shelter homes across the district.

Ahsanul Alam, an assistant commissioner at Sylhet deputy commissioner’s office, said a total of 40,019 houses have been fully or partially destroyed in the floods.

A list of the affected families has been sent to the Disaster Management and Relief Ministry so that they can be given some assistance, he said.

According to the Flood Forecasting and Warning Centre of the Bangladesh Water Development Board (BWDB), the flood situation in Sylhet and Sunamganj may slightly deteriorate as the major rivers in the country are showing a rising trend.

About 80% of areas in Sylhet were flooded while over 2.1 million people got stranded in the second wave of deluge on June 15.
Dhaka Tribune