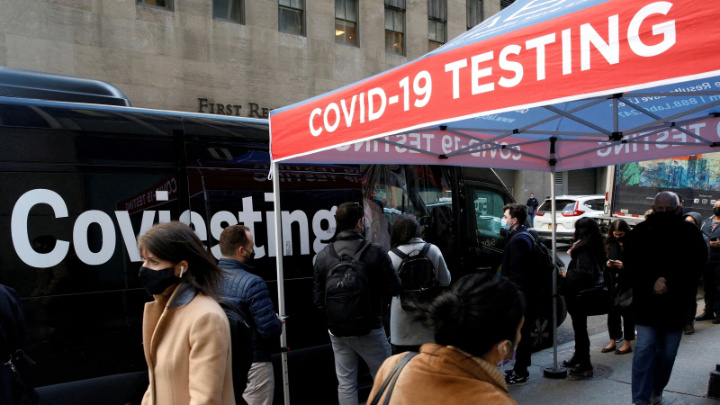 The overall number of Covid cases has now surpassed 551 million amid a rise in new infections in Southeast Asia, the Middle East and Europe.

According to the latest global data, the total case count mounted to 551,682,658 while the death toll from the virus reached 6,356,166 on Thursday morning.

Besides, 30 deaths due to the pandemic since Tuesday morning took the total death toll to 525,077.

The new figures took the country’s total caseload to 1,971,602 and the total fatalities remained unchanged at 29,145, according to the Directorate General of Health Services (DGHS).

The daily case positivity rate slightly dropped to 15.23 per cent from Tuesday’s 15.47 per cent as 14,912 samples were tested during the period, said the DGHS.

On Tuesday, the country recorded 2,087 cases with three deaths from Covid-19.

The mortality rate remained unchanged at 1.48 per cent. The recovery rate declined to 96.73 per cent from Tuesday’s 96.84 per cent as 152 patients recovered during this period.

In May, the country reported only four Covid-linked deaths and 816 new cases, while 7,356 patients recovered from the disease, according to the DGHS.

The country reported its first zero Covid death in a single day on 20 November last year, along with 178 cases, since the pandemic broke out here in March 2020.

On 28 January, Bangladesh logged its previous highest positivity rate of 33.37 per cent.

The country registered its highest daily caseload of 16,230 on 28 July last year and daily fatalities of 264 on 10 August in the same year.
Prothom alo