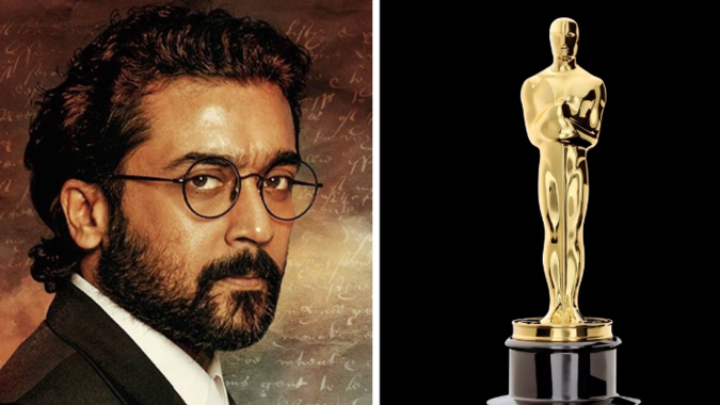 Tamil actor, Suriya has been invited to join the Academy's Class of 2022. This has come after the international success of his recent films "Soorarai Pottru" and "Jai Bhim". Suriya will be the first South Indian actor to be invited to the Oscar committee.

The list of 397 artists who are invited to the Academy's Class of 2022, was released by The Academy of Motion Picture Arts and Sciences on Tuesday. This was after a scene from Suriya's legal drama "Jai Bhim" was shared on the official Oscars' Youtube channel under their 'Scene at the Academy' section.

Kajol is the only other Indian actor/actress to be invited aside from Suriya. Another notable addition to the list is filmmaker Reema Kagti, known for her movies "Gold" and "Made in Heaven".

Suriya will soon be making his Bollywood debut as a producer, with his company "2D Entertainment" set to produce the Hindi remake of "Soorarai Pottru", starring Akshay Kumar and Bhumi Pednekar.