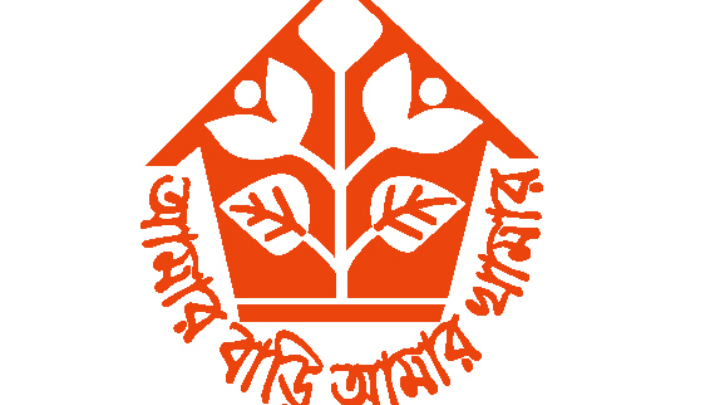 Prime Minister Sheikh Hasina’s Ten Special Initiatives have been expediting progress all over the country particularly in rural areas since the outset. All the initiatives accelerate women empowerment by any means.

The project was launched in 2009 under direct supervision of the Prime Minister’s Office (PMO) to promote farming and welfare in rural Bangladesh and reduce rural poverty in the country through small loans, according to the project details.

Under the project, an association was formed comprising 60 poor persons (40 women and 20 men) in a village or ward in rural areas. Every member of the association saves Taka 200 in every month.

Combing the own fund along with equal amount from government fund, every member can receive loan for income generating works. The project lifted nearly 2 crore families out of poverty.
ABAK, formerly Ektee Bari Ektee Khamar, project has been working with Palli Sanchay Bank since July 1, 2016.

The bank’s 49 percent of the shares are owned by members of the Ektee Bari Ektee Khamar project. The bank was established with the small savings of the project members. Beneficiaries owned 49 percent shares of the bank by saving Tk 200 per month and they have been self reliant with their own savings.

Talking to BSS, Palli Sanchay Bank General Manager Dipankar Roy said it was made mandatory to keep minimum 40 women members out of total 60 in every VDA. As a result, 60 percent beneficiaries who became self-reliant are women.
Now, say, if the bank has 60 lakh members, of them 40 lakh are women, he added.

Roy said it proved that the project’s target of making rural housewives economically solvent is successful.

Under the project, people were also given lessons about becoming sensible on women apart from making rural women self-reliant, he said.

He also said a consciousness raising campaign for dowry and child marriage prevention was also carried out through the VDAs.

The project’s one of the major targets was to enhance financial and social status of women and make the women economically self-reliant by engaging them in income generating activities.

Lipi Begum, of Jabusa village under Rupsha upazila in Khulna, started cow farming after receiving Taka 10,000 loan from the project in 2011.

Then she started chicken and duck farming along with cow. In that way, she became self-reliant. Her children are also becoming self-reliant now after completion of study.

Her artistic ‘shital pati’ attained fame within few months. In 2016, she received Taka 20,000 loan in second instalment and in 2017, she began her handicraft industry in a larger scale after receiving Taka 30,000 loan. Now not only she rather she is making other landless women of her locality self-reliant with her industry.

Rasheda Bibi, member of Bilshahar village development association under Tanore upazila in Rajshahi, has changed her fortune after engaging herself with the project.

Bibi, whose husband left her, had worked as housemaid in different areas for nearly 20 years with her daughter. She had to starve many days.

In 2014, she took Taka 5000 loan and invested it along with her some savings in duck rearing. Her ducks started laying eggs within six months. She paid back her loan from the earnings from selling eggs. She again received Tk 8000 loan and bought another 20 ducks and built a small duck farm. In third time, she received Taka 11,000 and started a grocery shop. Now her two-member family became solvent with the earnings from the shop and farm.

Alia Begum, wife of disabled Abdul Jalil of 8 number Sholna village under Raipasha-Karapur union in Barishal sadar, had to lead a miserable life with her six-member family.

Her husband lost his two legs in a road accident. They had to keep their land mortgage to survive. At that period, she saw a ray of hope when she came to know about the ABAK project and received loan assistance to initiate a small store.

She said the project’s loan helped her make a turnaround of her life. With earnings from her store, she brought back her land after paying mortgage money. She married off her elder daughter. After a long struggle, now she is leading a happy life with her family.
BSS