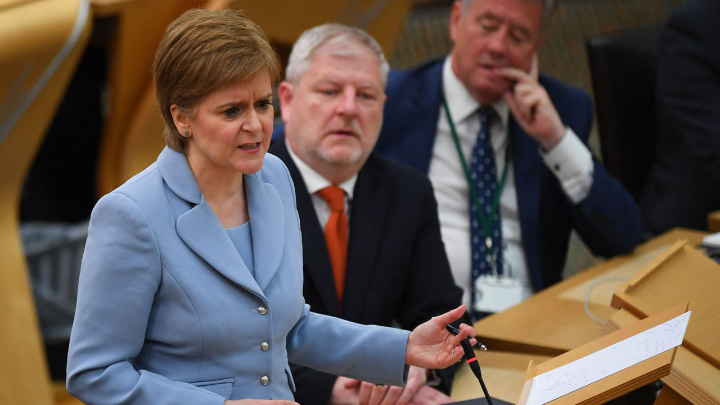 Scotland's government on Tuesday drew the battle lines for a historic tussle with London as it announced plans to hold a second independence referendum on October 19, 2023.

Addressing the Edinburgh parliament, First Minister Nicola Sturgeon conceded that her devolved administration may lack the power to call the vote without London's approval.

To ensure legal clarity, it will seek an opinion from the UK Supreme Court before it asks voters: "Should Scotland be an independent country?"

The phrasing of the question was the same as Scottish voters were asked in 2014, and Sturgeon said her government would press the case anew with "commitment, confidence and passion."

Eight years ago, Scotland voted to stay in the United Kingdom, and current polls suggest Scots remain evenly divided on the question of independence.

Speaking en route from Germany to a Nato summit in Spain, Johnson vowed to study Sturgeon's plan and "respond properly."

But he stressed that "I certainly think that we'll be able to have a stronger economy, and a stronger country, together."

Legal backing
Sturgeon's Scottish National Party (SNP) says the UK's divorce from the European Union, following a 2016 referendum, has transformed the debate. Most Scottish voters were opposed to Brexit.

"What I am not willing to do, what I will never do, is allow Scottish democracy to be a prisoner of Boris Johnson or any prime minister," Sturgeon said.

The SNP wants to take an independent Scotland back into the EU but, mindful of Catalonia's abortive bid to break away from Spain, is aware that international backing hinges on the process remaining lawful.
Dhaka Tribune