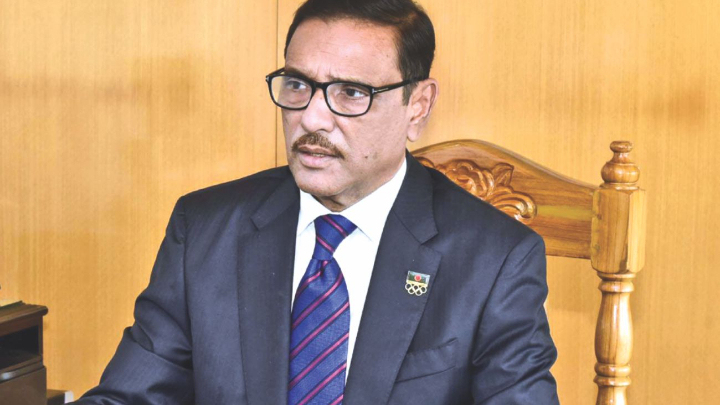 He expressed his gratitude while delivering a speech as the chief guest of the signing ceremony of the annual performance agreement for the fiscal year 2022-23 between the bridge department and Bangladesh Bridge Authority (BBA) this morning in the Setu Bhaban at city's Banani, said a release.

Obaidul Quader also thanked the officials and employees of Bangladesh Bridge Department and said that, "Padma Bridge is an asset of the nation. Everyone, including the passengers, has to show great responsibility for the protection and safety of this asset."

The bridge minister then directed the concerned authorities to expedite the work of Bangabandhu Sheikh Mujibur Rahman Tunnel at the bottom of Karnafuli River, which is under construction.

The annual performance agreement was signed by Md. Manjur Hossain, secretary of the Bridges Department and Md. Rupam Anwar, director (administration) of the Bangladesh Bridges Authority.

Later, Obaidul Quader distributed tabs among the officers and employees of the bridge department and Bangladesh Bridge Authority under the e-service and innovation program.