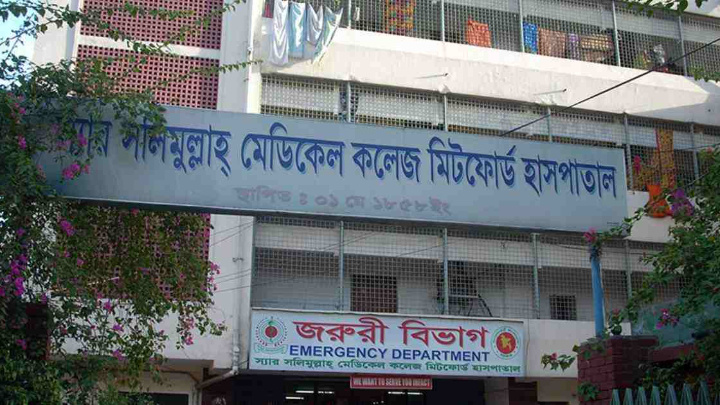 A doctor of Sir Salimullah Medical College Hospital, commonly known as Mitford Hospital, has succumbed to her burn injuries.

Adity Sarker, 38, died while undergoing treatment at the ICU of Sheikh Hasina National Institute of Burn and Plastic Surgery at around 10am on Wednesday.

Adity, who worked at the paediatrics department of Mitford Hospital, sustained burn injuries in a fire at her home in Dhaka’s Wari area on June 24. Around 50% of her body’s surface area was burnt.

Her husband, Manas Mondal, said it had been an accident. There had been some flammable substances at their home, he said, adding that they had caught fire, leading to Adity getting burned.