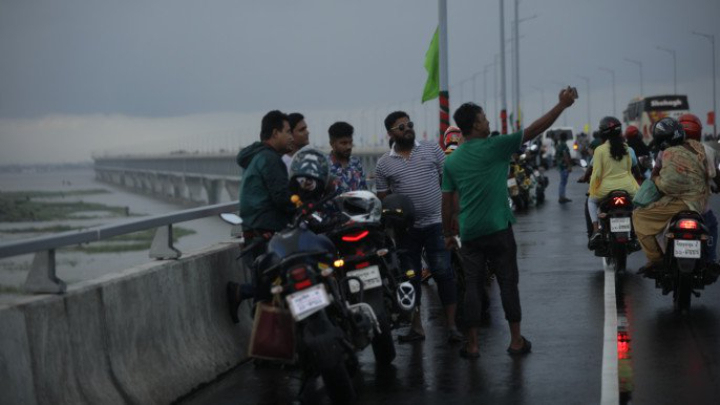 Motorcyclists were seen trying to cross the Padma Bridge on Tuesday morning despite the government ban.

As the ban entered its second day, a large number of motorcycles were seen waiting near the toll plaza at the Mawa-end.

Many were still seen trying to get through on pickup vans.

However, they failed as the authorities did not allow the motorcycles or the motorcycle-laded pickup vans to cross the toll plaza.

Bikers complained that they are unable to cross the Padma as the ferries on the Shimulia Ghat are not operating.

They urged the government to lift the ban on the two-wheeler.

Meanwhile, Bangladesh Bridge Authority Supervising Engineer Tofazzel Hossain told Dhaka Tribune: “No motorcycle is being allowed to cross the bridge under any circumstances.”

“We are abiding by government rules. Police and army are on the alert,” he added.

He said that mobile courts are operating on the bridge and the ban will continue until further notice.