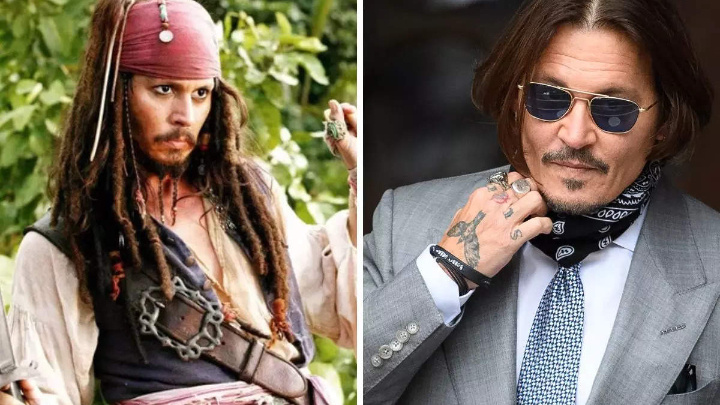 Johnny Depp is set to return as the infamous Captain Jack Sparrow on the "Pirates of the Caribbean" franchise.

It was recently reported by The Daily Mail, a British newspaper, that the actor was in talks with Disney regarding a USD 301 million deal, after he won the defamation lawsuit against Amber Heard.

In 2018, Depp had been dropped from the franchise after Amber Heard's Washington Post op-ed, which indirectly alleged that Depp was a domestic abuser, was published.

As reported by The Daily Mail, an insider source told Poptopic, the pop-culture news site, that Depp was in discussions with Disney about mending their relationship. The actor had previously mentioned that he would

The source went on further to say, "They reached out to the actor prior to his trial against Amber Heard, and asked whether he would be interested in returning for a few more 'Pirates of the Caribbean' films.

It was also reported that the studio has already prepared a draft script for the movie. Johnny Depp had previously claimed that he had lost out on USD 22 million after Heard's op-ed in 2018.

If the deal is finalised, Depp will return for "Pirates of the Caribbean 6" and a spin-off Disney+ series, about the "early life of the Captain of the Black Pearl," says another source.