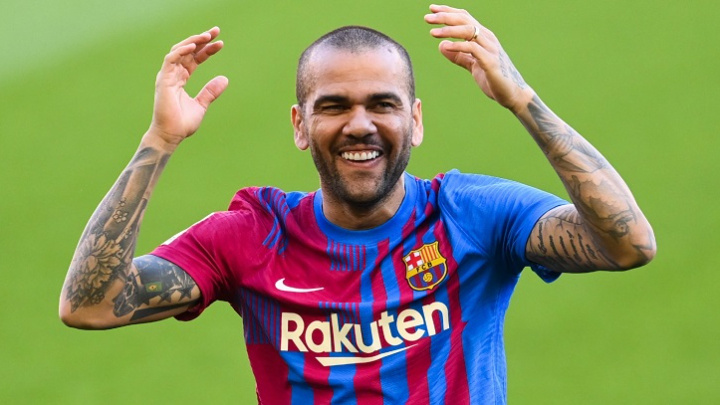 Dani Alves announced on Wednesday that he is leaving Barcelona for a second time after returning to the club last year.

The 39-year-old, who rejoined Barca last November on a short-term deal until the end of the season, confirmed he would not be extending his contract.

"I would like to thank all the staff for the opportunity they gave me to return to this club and to be able to wear that wonderful shirt again, you don't know how happy I am," the Brazilian international said in an Instagram post.

Alves is still in line to be named in Brazil's squad for the Qatar World Cup later this year and started both of their friendly wins over Japan and South Korea earlier this month. The Daily Star