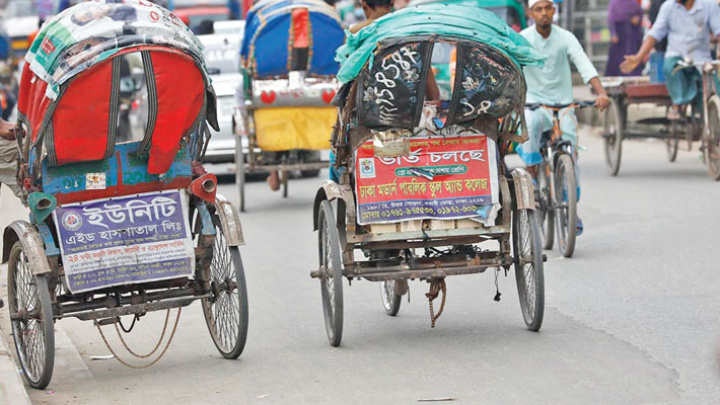 Thousands of drivers blocked the highway's Palli Bidyut area around 12pm. They burned tyres and left electric poles along the side of the road in protest.

The drivers also clashed with police, who were trying to remove the blockade. One police personnel was also hurt in the incident.

Several vehicles have been left vandalised. The protest led to 2km long traffic on both sides of the highway, reports.

Ashulia Police Station's Officer-in-Charge, Kamruzzaman, said that one member of police was injured when protestors threw brick-bats at them while they were working on lifting the blockade.

Meanwhile, Officer-in-Charge of Savar Highway Police Station Atikur Rahman, said, "Battery-run auto-rickshaws are banned on highways. We seize and fine them if they are seen on the highway. A fine of Tk 2,500 is collected through Ucash from the drivers and a receipt is also given. There is no place for extortion."