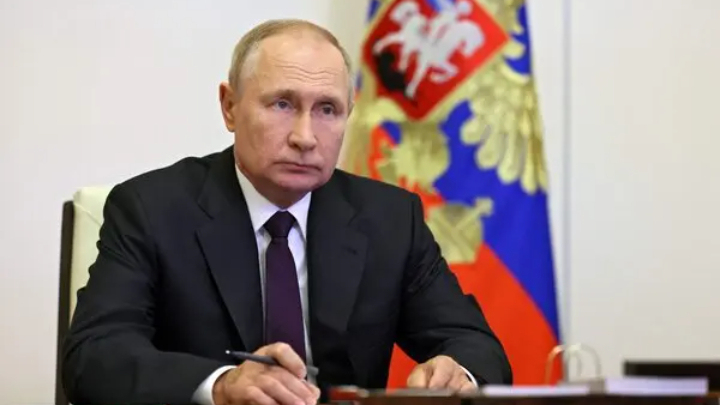 In a televised national address Wednesday morning, Russian President Vladimir Putin announced a partial mobilization. This means that he has essentially broken an unwritten social contract with Russians: we, the citizens, allow you, the authorities, to steal and fight, but in exchange you stay out of our private lives.

Beginning a new phase of the war, the cornered Putin is dragging a significant portion of Russians behind him. He has de facto declared war on the domestic front – not only on the opposition and civil society, but on the male population of Russia.

Why is Putin taking the risk? Because he himself has encouraged the lack of public attention to the war for several months. Mobilization is fraught with serious discontent in society. That is precisely why he decided to make a partial mobilization, rather than a full one. In the long run, he laid a mine under his regime; in the short run, he will face sabotage.

How might Wednesday’s announcement take Russians out of their comfort zone – those who remained indifferent to the “special operation” in the current circumstances?

Until now at least, the main emotion (or rather, its absence) felt here was indifference. That indifference comes in different shades – genuine, imitative or self-cultivated.

The Russian who falls within the 30% who “rather” support the “special operation” (nearly 50% “definitely” support it, slightly less than 20% do not support it) has no opinion of his own, prefers to borrow it from the TV or from Putin, blocks out for himself the bad news and alternative sources of information. But he sometimes does not like the war itself, and a person in this 30% could potentially change his attitude toward Putin and his initiatives.

The indifference of ordinary people benefits Putin. We, the citizens, do not interfere in the affairs of our political class and support their initiatives, but in exchange we ask them to maintain an impression of normality.

The main emotion (or rather, its absence) that is felt here is indifference.
-Andrei Kolesnikov

Which is what Putin does, skillfully combining partial mobilization in support of the war and himself (which happened immediately after the invasion began) and demobilization. Entertainment programs are back on TV, fireworks went off on annual Moscow City Day festivities (an ironic joke of this day was that Moscow Mayor Sergei Sobyanin celebrated the start of the Ukrainian counteroffensive), and people live their normal lives – interest in the events in Ukraine has been low throughout the summer.

But even those who were indifferent could not ignore the Ukrainian counterattack. Although here, too, a reluctance to know the truth prevailed: if the officials said that it was not a retreat, but a regrouping of troops, then that was the case. Yet even the official Kremlin talk shows were full of admissions of failure.

This did not provoke a desire for peace – which is also present in the mood even of those who generally support the operation – but caused an explosion of aggression and hate speech. There were calls to “take off the white gloves” and already really punish Ukraine. This is what Putin has done by launching missile strikes on infrastructure – power plants and hydroelectric facilities. This is revenge and anger, but anger that reveals weakness rather than strength.

The radicals are unhappy with Putin and demand a war to the bitter end and general mobilization. But the Kremlin dictator lacks the resources for a quick victory, including, above all, human resources (which is why he is beginning to recruit cannon fodder, even from convicts serving their sentences).

That said, it is not profitable for Putin to provoke the discontent of the middle classes, who are happy to watch the war from their sofa on TV, but are not about to go to the trenches. Moreover, general mobilization would divert the human capital needed for the economy – simply put, there would be hardly anyone to work.

Discontent with Putin on the part of radical hawks is not a new phenomenon. But nevertheless, it has not yet manifested itself so vividly. However, they have no chance of competing with Putin – the ultra-conservative radicals will be suppressed with the same energy as the pro-Western liberals: the dictator will not tolerate any competition in the niche of war and imperialism.

Public opinion in Russia is very inert, and something extraordinary will have to happen for the mood to change in earnest. The same is true of economic problems. Until now the social-economic crisis wasn’t so visible. The full-fledged beginning of it is being postponed, but, as some economists say, will probably manifest itself in late 2022/early 2023.

While public opinion is in a state of inertia, Putin has a chance to find words to pass off defeats as victories. He could stop the war right now by describing the losses as gains. And partly he did, when he decided to fix the losses by announcing the urgent holding of referendums in the four occupied territories of Ukraine on their accession to Russia.

It’s evident that Putin is not ready to stop what he started. He presumes that Russia will succeed on the battlefield. Or at least would gain a stronger foothold in the occupied territories, declaring them Russian, in which case any fighting in them would be assessed as an attack on Russia. And then he will have the opportunity to transfer the “special operation” into the official status of war and to create the possibility of general mobilization. Now Putin has announced only limited, “partial” mobilization.

And that could all be a mistake. The longer Putin delays ending the war – even given the already publicly expressed wariness of his main “friends” Chinese President Xi Jinping and Indian Prime Minister Narendra Modi – the harder it will be for him to make peace later on in terms that could be portrayed as victory.

Yes, public opinion is mentally prepared for a long war, but who knows when the fatigue of constant tension, which has to be relieved by carefully nurtured indifference, will break through and change the mood. Putin says he has time and the Russian army is in no hurry.

But as time passes, defeats will become increasingly difficult to present as victories – above all for the hesitating 30% who “rather” support him.

-: Andrei Kolesnikov is a senior fellow at the Carnegie Endowment for International Peace. He is the author of several books on the political and social history of Russia, including “Five Five-Year Liberal Reforms.” Origins of Russian Modernization and Egor Gaidar’s Legacy.” The views expressed in this commentary are his own. Read more opinion articles on CNN.