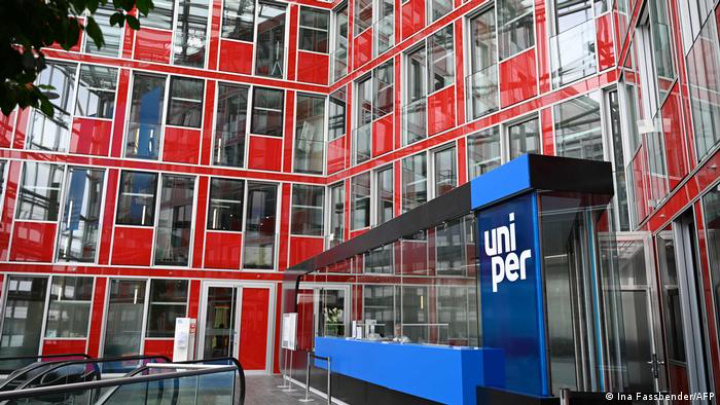 The German government is to become the majority shareholder in Uniper. As Germany's largest gas importer, the company has burned through cash reserves after Russia cut off supplies.

The German government will acquire a 99% stake in the ailing gas importer Uniper, as Russia's gas supply freeze threatened to drive the company into bankruptcy.

On Wednesday, Finnish state-owned energy company Fortum, the former majority shareholder of Uniper,  announced it had signed an agreement in principle that will be finalized following the completion of a capital investment and the acquisition of Uniper shares by the German government.

The German Economy Ministry confirmed that the government is taking of a total of 99% of Uniper, creating a "clear ownership structure in order to secure Uniper and thus the energy supply for companies, municipal utilities and consumers."

The acquisition of the shares will be completed after the fulfillment of various regulatory requirements, along with approval at Uniper's general assembly meeting and approval from the European Commission, it added.

A winter approaches, Germany is doing all it can to save natural gas. Estimates are that storage tanks are currently 90% full.

Germany's economy minister, Robert Habeck, has expressed optimism that the country will make it through.

"As a whole, we have coped quite well with the situation,'' said Habeck told reporters in Berlin Wednesday.

Habeck said that a gas surcharge will go into effect as planned on October 1.

In August, the amount of planned levy was announced at 2.4 euro cents per kilowatt hour.

Habeck said Wednesday that the surcharge is necessary to ensure the financial integrity of Uniper, and Germany's other energy providers.

"The state will…do everything necessary to keep companies stable on the market at all times," Habeck said, adding that the gas levy was a mechanism allowing companies to pass on higher costs in advance.

However, now that Uniper is a state-owned company, there are questions as to whether it is the levy will be in accordance with German law. Habeck said that legal analysis is ongoing.

The economy minister added that the nationalization of Uniper should be completed in around 3 months, and that the €8-billion capital injection is the same announced in July, which has jet to be distributed.

Why is Uniper being bought out?

However, after Russian invaded Ukraine and cut gas supply to Europe following Western sanctions, the company has been forced to buy gas elsewhere at higher prices, while absorbing the costs without passing them on to consumers.

The company was one of those involved in building the Nord Stream 2 pipeline, which was not activated after construction and is frozen indefinitely as part of the package of sanctions imposed in response to the invasion.

But the situation for Uniper became trickier still earlier this month. Russian energy giant Gazprom said gas supplies to Western Europe via the Nord Stream 1 pipeline had completely stopped due to equipment issues, giving no time frame on when it would resume activities.

The ailing energy importer has been burning through cash reserves sourcing gas on the expensive spot market.