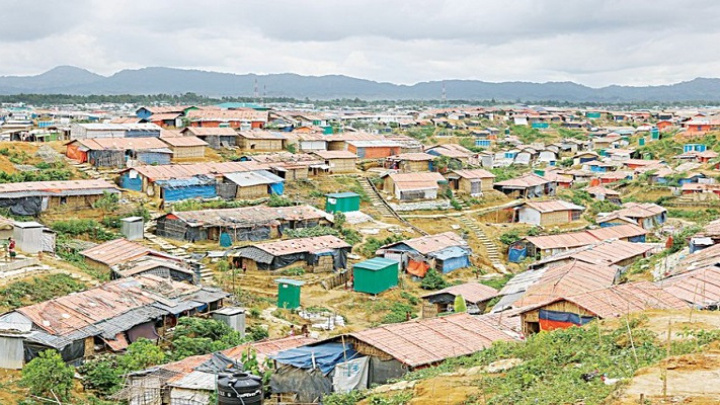 A Rohingya man was allegedly hacked to death at a camp in Ukhiya upazila of Cox's Bazar district early Wednesday.

The deceased was Mohammad Jafor, 35, son of late Bodiur Rahman, a resident of Block H/51 at Camp 18. He was a volunteer at the camp.

Armed Police Battalion (APBn-8) assistant superintendent of police (ASP) Md Faruk Ahmed said a group of 20 to 25 Rohingyas shot Jafor two rounds of bullet and, later, hacked him with sharp weapons around 3:30 am, leaving him dead on the spot.

Legal steps in this regard are under process with the help of APBn forces, the OC added.

Meanwhile APBn ASP Faruk said, "Police patrolling has been intensified at the camp. Several drives are also  undergoing to arrest the involved people."

It is mentionable that three volunteers and two camp management leaders have been killed at the Rohingya camps in the last three months.