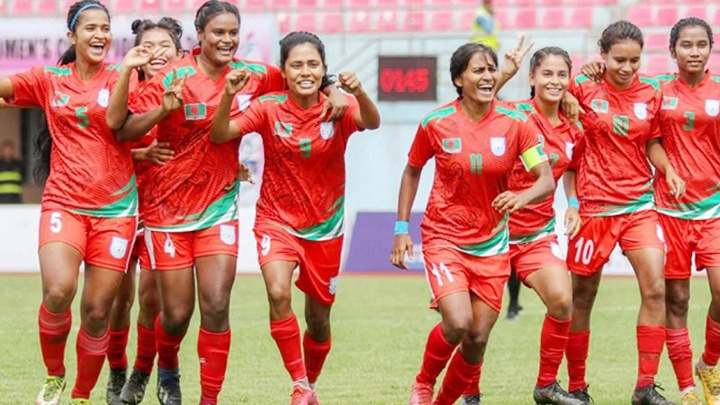 Bangladesh Cricket Board (BCB) has announced a cash reward of Tk 50 lakh for the National Women’s Football Team who won the South Asian Football Federation (SAFF) Women’s Championship for the first time.

BCB President Nazmul Hassan Papon has lauded the success of the women footballers.

“The women’s football team has made the whole nation proud with its exceptional performance and historic achievement,” Papon was quoted in a BCB press release.

“As a mark of our appreciation and support for their effort, I am declaring 50 lakh taka for the entire team on behalf of the BCB. I have no doubts that the SAFF triumph will greatly inspire sportsmen and women around the country and sports teams to strive for international glory in respective disciplines,” the press release further reads.

Bangladesh women beat the hosts Nepal in the final by 3-1. Before that, Bangladesh beat the hot favourite India in the semifinals.

It was the first time for Bangladesh women to win the SAAF. In 2003, Bangladesh men won the event in Dhaka beating Maldives.