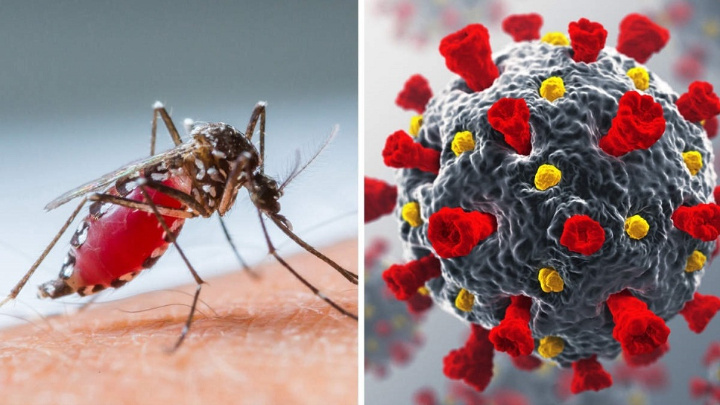 A rise in both dengue and coronavirus cases over the past few weeks has created new concerns in the country.

The number of daily dengue cases has already crossed the 400 mark while the daily coronavirus infection rate has also crossed 12 percent.

Health experts said a continued rise in the number of dengue and coronavirus cases will create a new burden for the country’s health sector.

The IEDCR chief said there is no alternative to controlling the breeding of Aedes mosquitoes by keeping homes inside and outside clean. At the same time, people must follow health guidelines including wearing of face mask to prevent the spread of coronavirus, she added.

Talking to the Daily Sun, many people from different areas of the city said they are now worried due to the rise in the number of both and dengue cease.

“I’m concerned over the rising dengue and corona cases. I fear for my children in case they get any of these deadly diseases,” Monir Hossain, a resident of the city’s Mirpur area told the Daily Sun.

Rashed Ahmed, a resident of the city’s Khilgaon area also said he is also tensed due to the fresh surge in both corona and dengue cases in the country. “The city corporation should pay extra attention to destroying the Aedes breeding grounds to contain the dengue outbreak,” he added.

Prof Dr Robed Amin, a spokesperson of the Directorate General of Health Services (DGHS), said the health sector is prepared to face any surge in the number of patients caused by dengue and corona.

“The dengue situation depends on the monsoon. On the other hand, the number of coronavirus cases has increased but the number of severe cases has decreased. Nonetheless, we have to remain alert for both of the diseases,” he said.

The number of dengue patients and casualties from the disease has been increasing day by day for the last few weeks and around 90 percent of the dengue cases are reported in the capital.

The DGHS reported that a total of 12,007 dengue patients have been admitted to hospitals and 45 patients died across the country including in Dhaka this year.

So far 21 deaths have been recorded in the Dhaka division, four in Barishal and 20 in the Chattogram division.

The DGHS data further said a total of 1,560 dengue patients are now undergoing treatment across the country. Of them, 1191 patients were admitted to 50 hospitals in Dhaka city.

On the other hand, the number of coronavirus cases also has been increasing for over a week with five deaths and 614 new cases being reported in the past 24 hours.

The daily positivity rate has also jumped to 12.73 per cent against the 4,825 tested in the past 24 hours till Tuesday morning.

Daily coronavirus infection stayed below 5 percent in the country till last month.

According to the World Health Organization, a daily corona infection rate of below 5 percent is considered to be under control.