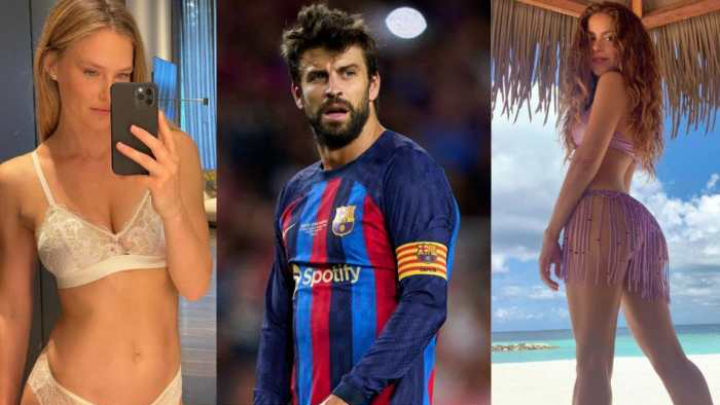 Barcelona footballer Gerard Pique was said to be with the Israeli model and presenter, Bar Rafaeli, who also had an intermittent relationship with Leonardo DiCaprio.

Barcelona and Spain football star Gerard Pique’s high-profile marriage to Colombian star Shakira has ended due the footballer’s unfaithfulness. Now fresh details have emerged that Pique may have cheated on Shakira, 10 years back as well, in 2012 with Hollywood star Leonardo di Caprio’s ex-girlfriend and Israeli supermodel Bar Refaeli, according to reports in Spanish newspaper Marca.

Pique was said to be with the Israeli model and presenter, Bar Rafaeli, who also had an intermittent relationship with Leonardo DiCaprio. According to the tabloid paparazzi Jordi Martin, the claim is being made that this was the first time the Barcelona defender was unfaithful to the Colombian singer.

“That crisis was caused because she found messages with Bar Refaeli, but they weren’t just messages as there were intimate encounters,” Jordi Martin told Marca newspaper of Spain.

In addition, the journalist explained how the current relationship between Clara Chia and the Barcelona footballer began. “It is known that Gerard has a best friend and that Clara was the girlfriend of that friend’s brother,” he stated.

“I am told that Pique was smitten from the first time he saw her and they exchanged phone numbers. They started dating in secret. Pique not only stole this guy's girlfriend, but also fired him from Kosmos. Instead, he hired the girl. This relationship started with cheating on Shakira and Clara's poor boyfriend,” Martin added.

Jordi Martin has, though, admitted that he and Pique don’t have a good relationship. “In this case, my enmity with Pique goes back many years, I have an unhappy relationship with him,” he said. “I’ve always known about his wanderings around Barcelona, because it’s a small city.”

Pique is tired of the information that is coming to light and is going to ask the courts to take precautionary measures to protect the private space of his children, whose welfare is his top priority and concern for him.