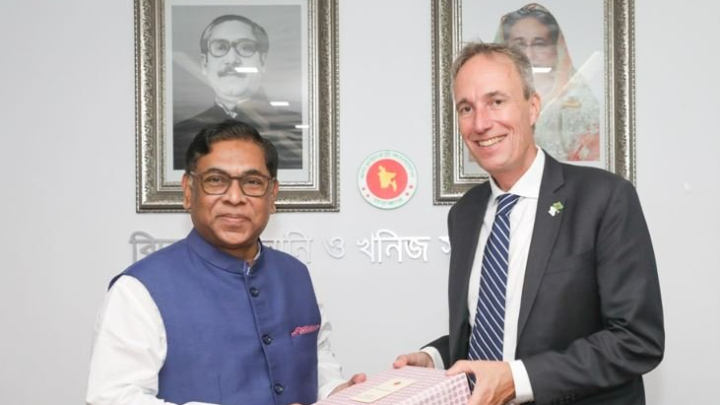 A bilateral meeting on power, energy and mineral resources was held today between State Minister for Power, Energy and Mineral Resources Nasrul Hamid and a delegation of the World Bank (WB) at the ministry conference room here.

Nasrul Hamid talked about achievements, expectations and challenges in power and energy sector.

He said, in the future, electric vehicles and hydrogen power will contribute to the power and energy sector.

The WB can contribute to preparing Hydrogen Policy and make stakeholders interested in electric vehicles, the state minister said.

Seeking cooperation of the WB for developing Bangladesh Power Management Institute to international standard, he said it was needed to enhance partnership with the World Bank to boost wind power capacity, transmission and distribution system.

Regarding the World Bank’s financing, he requested the vice president not to waste time in financing the projects.

Expansion of renewable energy and exploring new areas of potential are making Bangladesh shine, he said.

With the WB financing, two projects related to gas meter was approved, which will begin its work in 2023.

Some six projects having World Bank’s financing in the power sector were going on.