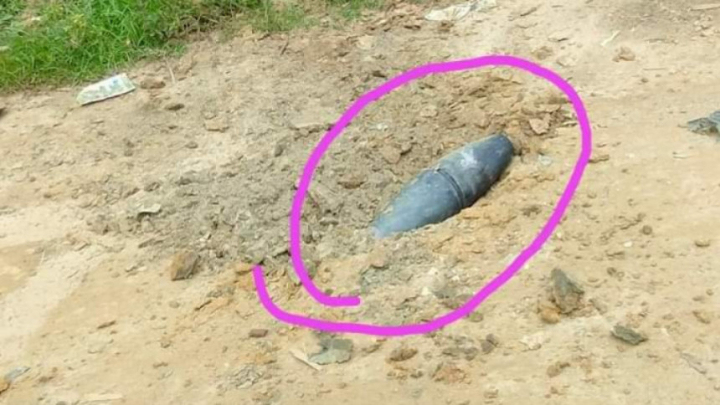 U Zaw Phyo Win, director-general of the Strategic Studies and Training Department of the Ministry of Foreign Affairs, called Bangladesh Ambassador to Myanmar Manjurul Karim Khan Chowdhury at his office in Yangon yesterday (September 19, 2022) and communicated the matter, according to the Myanmar Foreign Ministry's verified Facebook page.

Win apprised that the AA and ARSA attacked the Taungpyo (Left) Border Guard Police Outpost at BP-31 with mortars on September 16 when three mortar shells landed inside Bangladesh territory.

He also explained that these groups again used the same weapons on September 16 and attacked the Taungpyo (Right) Border Guard Police Outpost at BP-34 and nine of them landed on the Bangladeshi soil.

The Myanmar official underscored that AA and ARSA have been "deliberately carrying out" such attacks to cause negative consequences on the existing cordial bilateral relations between Myanmar and Bangladesh.

He said while taking the necessary security measures close to the border with the utmost caution, the Myanmar side always abides by bilateral agreements and international norms as well as respects the integrity and sovereignty of all nations, including Bangladesh.

Win expressed that the Myanmar will cooperate Bangladesh to maintain the tranquility of the border area and stressed the significance of full and reciprocal cooperation from the Bangladesh side.

Win recalled that the Bangladeshi side on September 7 was notified of the information of the trenches and bases of the AA and ARSA located inside Bangladesh through the diplomatic channel and reiterated Myanmar's call to take necessary and immediate action to investigate the ground and dismantle those structures and bases.

Later, he handed over a non-paper containing facts about the incidents to the Bangladesh ambassador.

"Whatever the reasons may be, mortar shells and bullets landing in Bangladesh territory from Myanmar's internal conflict is not acceptable," he said.

People on the Bangladesh side of the border are being affected and the country's sovereignty is threatened by such actions of Myanmar, he told reporters at Dhaka's state guest house Padma today (September 20, 2022).