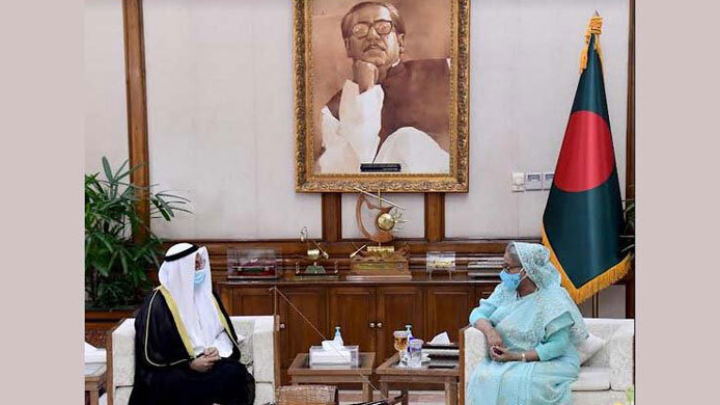 He conveyed his best regards to the premier while paying a farewell courtesy call on her at her official residence Ganabhaban here, said a press release of the Prime Minister's Press Wing.

The ambassador hoped that all people of Bangladesh are happy for the inauguration of the Padma Bridge.

He also lauded the leadership role of the prime minister in turning Bangladesh into a developing country.

The prime minister thanked the Kuwaiti envoy for his sincere efforts for strengthening relations between Bangladesh and Kuwait.

She told him that her government is trying hard to meet the basic needs of people of Bangladesh including providing job opportunity, land and houses so that every citizen have their own house.

Sheikh Hasina also expressed her optimism that the Kuwaiti government will come forward to invest in Special Economic Zones of Bangladesh.

She also requested for recruiting more skilled and semi-skilled manpower from Bangladesh to Kuwait.

The envoy thanked the prime minister for her government's support to Kuwait in bilateral and multilateral arena.

Sheikh Hasina expressed her good wishes for the ambassador's good health as well as well being and success.