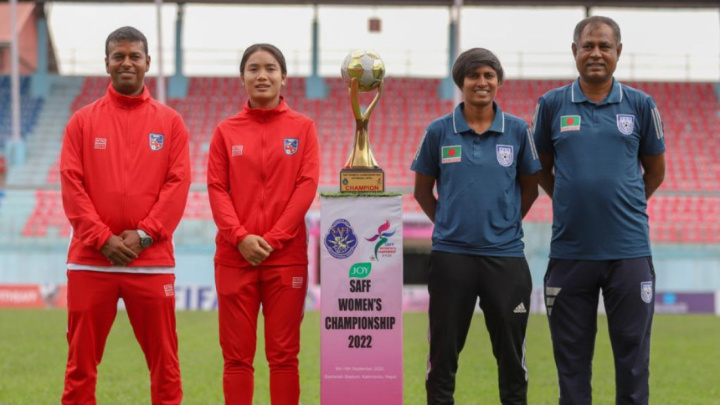 The SAFF Women's Championship final between Bangladesh and Nepal will be telecast live on T Sports, Bangladesh's only sports channel.

The final will kick off at 5:15pm Bangladesh time at the Dasarath Rangasala Stadium in Kathmandu in Nepal.

The match will also be streamed live at www.elevensports.com.

Having swept aside their opponents in group stages and in the semifinal with a 20-0 goal record, Bangladesh are fairly confident going into the final against the hosts, who, too, have come into the deciding match with a perfect record.

It is safe to say that the two best teams have qualified for today's final, which will crown a new champion as all the five editions of this regional competition have so far been won by India. Bangladesh will be appearing in their second final while Nepal will compete in their fifth.