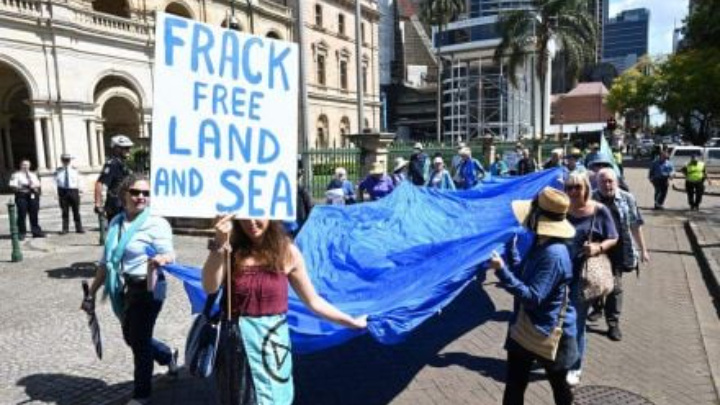 One of Australia's top energy producers said on Monday it would sell its stake in a major fracking project that has come under criticism from environmental and Indigenous groups.

Origin Energy sold its stake in the Beetaloo Basin project to Tamboran Resources, a local natural gas company, it said in a statement.

The company said it expected to take a post-tax loss of up to Aus$90 million ($60 million) in the deal.

Fracking, a method of extracting hydrocarbons, has been criticised for its environmental and health costs.

Chief executive Frank Calabria framed the decision to sell its stake for $60 million as evidence that Origin was focusing on transitioning to renewable energy.

"(It) will enable greater flexibility to allocate capital towards our strategic priorities to grow cleaner energy and customer solutions," he said.

But "gas will continue to play an important role in the energy mix and it remains a core part of our business", Calabria said.

Under the terms of the deal Origin will be allowed to buy gas if it is produced at Beetaloo, which is located in the country's Northern Territory.

The energy company said Monday it was also reviewing its other gas exploration options "with a view to exiting those permits over time".

The company had pledged in April to push ahead with Beetaloo after receiving assurances that Russian oligarch Viktor Vekselberg's stake would not violate sanctions imposed on wealthy Russians following the invasion of Ukraine.